On the surface, an Australian version of Gone With the Wind starring the two biggest stars to come out of Australia at the time sounded like a stellar idea. In 2008, Baz Luhrmann brought his epically scaled labor of love called, Australia. It chronicled what seemed to be every significant issue that ever faced the country in the 30s and 40s. Having already helmed the punked-out version of Shakespear, Romeo+Juliet, and Moulin Rouge!, he was able to secure significant star power, including Nicole Kidman and Hugh Jackman. The nearly three-hour labor of love was released to conflicted critical and audience reviews. But that isn’t stopping Disney+ from giving the director another shot at it.

Not only will Luhrmann get another shot to bring it to life, but he is getting to expand it. The project, retitled Faraway Downs, will be recut into a six-part series. Like most Disney+ series originals, it will be shorter than a long-form prime-time series but longer than a feature film. This will give Luhrmann an opportunity to bring even more of the land down under to the screens for audiences. Currently, there is no word on if Nicole Kidman or Hugh Jackman will return in any capacity. Still, Luhrmann is set to be comprised of footage from the original from 2008, new footage, and an updated soundtrack.

“I originally set out to take the notion of the sweeping Gone With the Wind style epic and turn it on its head,” said Luhrmann. “A way of using romance and epic drama to shine a light on the roles of First Nations people and the painful scar in Australian history of the ‘Stolen Generations.'” The director goes on to say that while Hugh Jackman and Nicole Kidman gave Austalia a life of its own, there was another story to tell. He believes this new story will have different layers and more nuances. He also teases a few alternative plot twists.

Australia follows Lady Sarah Ashley (Nicole Kidman) as she travels to Australia to force her husband to sell his struggling cattle ranch. When she arrives with the ranch hand, Drover (Hugh Jackman), they discover he has been murdered. She fields an offer from King Carney (Bryan Brown) via Fletcher (David Wenham) to buy the ranch. Upon discovering his nefarious intentions, she refuses. She convinces Drover to help her drive the herd to Port Darwin to sell the cattle and save the ranch.

Australia had a budget of $130 million and only pulled in a meager $14 million during the opening weekend. While Hugh Jackman and Nicole Kidman gave valiant efforts to propel the film to success, the film’s only real recognition was an Oscar nod for Best Achievement in Costume Design. While legendary film critic Roger Ebert awarded it three stars and labeled it “Exuberantly old-fashioned, in a good way,” but others weren’t as sold. Michael Compton of The Daily News, while recognizing Australia was a labor of love for Buhrman, asserts that the real pain was from watching the movie, not making it.

While those last words may feel harsh, the movie was long enough to feel like three separate films at times. It contained a love story, a commentary about racism in Australia, a cattle drive, a mystical property to the Aborigines, and finally, an honest-to-goodness WWII bombing. With legends Hugh Jackman and Nicole Kidman returning not confirmed, who knows if making that even longer could work. 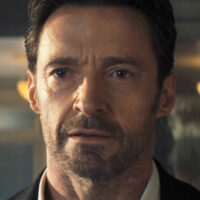