Following an acclaimed performance on the Apple TV+ miniseries Black Bird, Taron Egerton has been tapped to star in the crime series Firebug, according to Deadline. The forthcoming show is inspired by the circumstances surrounding John Leonard Orr, a notorious California arsonist. The project re-teams the Rocketman star with Black Bird creator Dennis Lehane and Apple Studios.

The news of his Firebug casting comes right on the heels of the announcement that the upcoming Tetris film, which Taron Egerton will also headline, is not suited for children. The 33-year-old actor will portray the game’s publisher, Henk Rogers, in the biographical drama, which is also hailing from Apple Studios. The movie will center around the story of the high-stakes legal battle to secure the intellectual property rights for the wildly successful puzzle video game.

In addition to starring in Firebug, Taron Egerton will serve as executive producer on the show, alongside Kary Antholis, Richard Plepler, and Imperative Entertainment’s Bradley Thomas and Dan Friedkin. The upcoming series is the fourth project coming out of Apple Studios, joining Black Bird, Tetris: The Movie, Leonardo DiCaprio and Martin Scorsese’s forthcoming thriller Killers of the Flower Moon, and The Wager. The latter is an adaptation of a new book by David Grann, which is being developed by Sikelia Productions.

Taron Egerton has been on quite a role as of late. When he’s not shutting down rumors that he’s been cast as Wolverine in the MCU, he’s continuing to build up his already impressive resume. He headlined the lauded crime series Black Bird, where he played Jimmy Keene, who is sentenced to 10 years in a minimum-security prison but cuts a deal with the FBI to befriend a suspected serial killer. Keene has to elicit a confession from Larry Hall to find the bodies of as many as 18 women.

Consisting of six episodes, Black Bird premiered on Apple TV+ on July 8, 2022, and concluded August 5. The miniseries was developed by Dennis Lehane, based on the 2010 autobiographical novel In with the Devil: a Fallen Hero, a Serial Killer, and a Dangerous Bargain for Redemption by James Keene with Hillel Levin. In addition to Taron Egerton, the show stars Greg Kinnear, Paul Walter Hauser, Ray Liotta, Robert Wisdom, and Joe Williamson.

Up next, Taron Egerton will star opposite of Jason Bateman in the upcoming action thriller Carry On for Netflix. Directed by Jaume Collet-Serra from a script by T.J. Fixman and Michael Green, the film follows a mysterious traveler, who blackmails a young TSA agent to let a dangerous package slip through security and onto a Christmas Day flight. The movie is currently in production and scheduled to land on the streaming platform sometime next year. 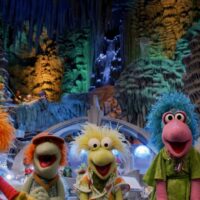 The Fraggle Rock Reboot’s Fate Has Been Decided 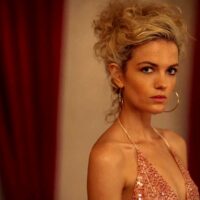 Fan-Favorite Series Was Just Canceled Out Of Nowhere 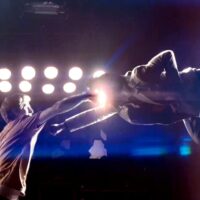