The career of movie star Sylvester Stallone has been a 50 year journey for the man best known as the lead of the Rocky series of films. Often portraying tough and rugged men with hearts of gold, Stallone’s presence in movies dates back to the early 70s and has continued to this day with entries into The Expendables franchise. Now, the actor is taking his talents to the small screen with the debut of Tulsa King on Paramount+, and the trailer for the new series showcases the gangster side to Stallone’s famous persona.

According to IndieWire, Tulsa King’s Manfredi is actually forced to relocate to Tulsa due to the fact that there isn’t a known criminal enterprise in the second largest city in Oklahoma. Gambling and racketeering operations will be at the heart of Manfredi’s presence in Tulsa, even though his outsider perspective may not be a welcome addition to the city. Sylvester Stallone’s movie star name and talent will hopefully make the new series a hit for the streamer as the actor moves away from movies at the age of 76.

Tulsa King will be a brand new adventure for Sylvester Stallone, as he sheds his Rocky Balboa image and tries his hand at entertaining streaming television audiences. The Sopranos and Boardwalk Empire alum Terence Winter is set to be the showrunner on Tulsa King, with Stallone, Sheridan, and Braden Aftergood executive producing the new series.

At the same time, Sylvester Stallone is looking to start other television ventures. Last week news surfaced that the Demolition Man star was developing an as of yet untitled adventure reality series with Bear Grylls.

However, just because Sylvester Stallone is starring in a new show doesn’t mean audiences will forget about his movie career. The Italian Stallion will not appear in Creed III alongside Michael B. Jordan but will continue with his Rocky franchise by producing the movie, due to be released in 2023. Also in 2023, Stallone will reprise his role as Stakar Ogord in Guardians of the Galaxy Vol. 3, as well as leading The Expendables 4 as Barney Ross, joined by fellow cast members Jason Statham, Dolph Lundgren, Randy Couture, Megan Fox, 50 Cent, and Andy García. 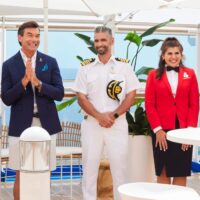