Sylvester Stallone has had a long and storied career in Hollywood, spending decades as one of the true action stars of our time. His rugged demeanor and massive build have cut across the screen for decades. So you’d be forgiven if you forget that he didn’t get his movie start in quite the same way. The guy first really truly hit the scene back in 1979 with the story of a down-and-out boxer who’s given a shot at the title. Well, now it appears Stallone wants to tell another story in this world. According to his Instagram feed, the dude has written a Rocky prequel series and he wants to have it made. Check it out:

The details on what Sylvester Stallone is outlining here are, of course, scarce. It’s just mostly chicken scratch on a piece of paper. But in his post he does outline some of what he’s thinking in the story about the iconic character. He envisions the story being a 10-episode television series that would explore the main characters in their younger years. And if you take a look at what he’s actually written on the paper, you can see he’s thinking of this in a way as going back in a “time machine” and that would put us and these characters back in the “the Sixties”.

Whether Sylvester Stallone is ever able to complete the full script and put together the background stories around characters like Rocky Balboa, Adrian and Paulie Pennino, or Mickey Goldmill remains to be seen. And maybe he envisions us also getting a look at a younger Apollo Creed as well before his character’s life intersects with the former Philadelphia crew. There’s a lot to be explored in this world and how it is the pieces end up being set for the actual Rocky movies.

In 1976 Rocky was a true underdog movie and a true underdog story. Sylvester Stallone wrote and starred in the movie about a little-known boxer in Philadelphia who, through some luck is able to get into a title fight against Apollo Creed. It’s easy to forget now, but it’s a slower movie that’s much more about Rocky’s relationships and tough life than it is about the actual boxing match. The film ended up winning Oscars for Best Picture, Best Director (John G. Avildsen), and Best Film Editing.

And Rocky ended up spawning an entire franchise with Sylvester Stallone reprising the role in eight films with another, Creed III on the way. This prequel, obviously, wouldn’t feature any of the actual actors or actresses from the original movie and would represent the first time Stallone as the Italian Stallion was recast in the role. But considering the name cache of the franchise and the character’s staying power over all these decades, if Stallone wanted to get it made, there would be someone there waiting to buy it.

In the meantime, Sylvester Stallone has plenty going on. He’s going to be the voice of King Shark in The Suicide Squad and will also star in Samaritan as well as another addition to The Expendables franchise. So there’s plenty of chances to catch the icon before he brings another Rocky story to the screen. 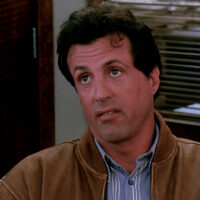