Dean Cain has some experience playing a superhero on the small screen, but the former Superman leveled some criticism at another character for not holding up certain values he thinks are important. Cain had some words about the latest version of Captain America which is appearing in the comic book pages now.

While appearing on Fox News’s Fox & Friends programming, Cain who once played Superman on Lois and Clark, took the time to praise his version of our country and take some shots at the latest Captain America comic book The United States of Captain America. Cain referred to a feeling he had about the newest story about Steve Rogers and Sam Wilson who are traveling across the country in the latest arc. Cain had, in part, this to say:

“I am so tired of all this woke-ness and anti-Americanism.In my opinion, America is the greatest country in history. It’s not perfect; we are constantly striving for a more perfect union, as we all know, but I believe she’s the most fair, equitable country ever, with more opportunity than anyone’s ever seen…perhaps Captain needs to be demoted to Lieutenant”

The former Superman taking down Captain America was in the context of this latest story from Marvel and what Cain thought it represented as anti-American. The United States of Captain America follows Steve Rogers and Sam Wilson as they travel across the country, meeting different versions of Captain America who have deputized themselves in Cap’s image, protecting what they feel is important. It’s a commentary on the country for sure with Rogers becoming increasingly disillusioned about the idea of what America is compared to the reality. He comments more than a few times on nationalism and its apparent downfalls.

This is likely what Dean Cain is commenting on, this idea that while Captain America is deemed to be Marvel’s red, white, and blue totem to freedom and liberty, the character himself sees the things he stands for as increasingly problematic. It stands in sharp contrast to what Dean Cain played as Superman, a character who holds ultimate power but chooses to use it as unifying rather than dividing. It’s unclear if Captain America is doing the same thing, but Cain clearly sees it that way.

Dean Cain played Superman for four seasons on ABC’s Lois & Clark: The New Adventures of Superman. It focused much more on the relationships in that world than the actual superhero-ing. Coming out in 1993, it was well before we had the full proliferation of comic book characters hitting the big and small screen. He’s now got a role on Supergirl, playing Jeremiah Danvers, the father of Melissa Benoist’s Kara Danvers on the show.

Meanwhile, Captain America is seeing more than a few changes in the Marvel Cinematic Universe right now. After Chris Evans left the character at the end of Avengers: Endgame, The Falcon and the Winter Soldier spent its limited run on Disney+ establishing Sam Wilson as the new shield-wielder and lending the idea that there will now be many Captain Americas from a number of different walks of life. It’s unclear if Cain is into this idea, but I doubt it.

Whether Dean Cain actually believes this or is just looking to get a little airtime isn’t totally clear. I’m guessing at the latter. But anytime we can get a little Superman vs. Captain America throwdown it’s worth tuning in for. 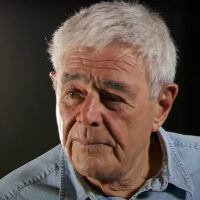