A fan-favorite actor from Stranger Things Season 4 has finally confirmed the sexuality of his character, proving many fan theories right.

One of the aspects of a show that keeps people coming back for more is the intrigue of the character growth. Whether watching Ross and Rachel develop into a full-fledged couple or seeing Rick Grimes become a leader, character arcs are even more critical to a TV series’ arc. For Stranger Things, one of the best things about the series has been watching them grow up in front of us. Similar to the Harry Potter children, we have seen them grow from innocent children to the formidable characters they are. Now, Noah Schnapp reveals something important about his character, Will Byers, and what the end of Stanger Things Season 4 means.

Schnapp sat down with Variety to discuss everything from Doja Cat to what his character faces at the end of Stranger Things Season 4. Of course, one of the questions on everyone’s lips has been about Will’s sexuality. While it has been teased from the get-go that Will is gay, it has never been explicitly revealed as so. Even in an earlier interview, it was “up to the audience’s interpretation.” After this season’s events, it is hard to hide, and Schnapp has confirmed that Will Byers is not only gay but in love with his best friend, Mike Wheeler (Finn Wolfhard).

Unfortunately for Will, Mike only has eyes for Eleven (Millie Bobby Brown). As the children have grown before our very eyes, we’ve seen Mike and Will go from playing Dungeons and Dragons in a basement to battling alongside others to keep their town safe. And as they have grown, like all boys, they start to catch the eyes of those around them. By Stranger Things Season 4, Mike seems preoccupied with Eleven and his feelings for her, leaving Will to pine for him alone. While this is heartbreaking to see play out on screen, it isn’t something that is entirely uncommon in the real world. And it is only the beginning of Will’s suffering in the series.

In Season 1, Will is kidnapped by the monster who escaped from the rift and taken to the Upside Down. Jim Hopper (David Harbour) and Joyce Byer (Wynonna Rider) scramble to revive him and bring him back to the real world after he communicates with others through lightbulbs. Season 2 primarily deals with the side effects he suffers from his ordeal and the ridicule he endures from others. The Mind Flayer possesses him and causes even more damage to his psyche. Season 3 sees more turmoil from within the friend group. The others grow out of their childhood loves like Dungeons & Dragons, and the conflict even culminates in Mike saying, “It isn’t my fault you don’t like girls.” All of this culminates in the events of Stranger Things Season 4.

The final scene between Will and his brother confirms his sexuality but also sees the older Byer brother reassure him that he is not alone in his struggle to find his identity. While this series is mainly about nostalgia and escapism, Will’s character arc and confirmed sexuality in Stranger Things Season 4 can reassure those struggling with similar feelings of solitude as Will that they are not alone. 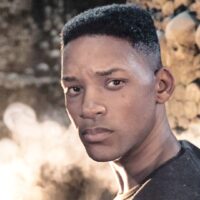