After years (and years) of waiting, Stranger Things Season 4 finally hit Netflix today, beginning the final story arcs for The Party, the town of Hawkins, Indiana, the Upside Down, and maybe the world itself. It’s been a long time coming for one of the true surprise hit shows in recent memory. But as the final season got underway, events from our actual world did come to the forefront. Variety has it that Netflix added a warning card to the beginning of the first episode of the season related to the tragic events in Uvalde, Texas.

The warning card from Netflix at the beginning of Stranger Things Season 4 does a couple of different things prior to the show starting. It acts as a warning about the opening scene of the season, which some might find disturbing, especially in the wake of the shootings in Uvalde. Netflix is quick to remind viewers that they had filmed the show more than a year ago, obviously well in advance of this tragedy. And they also express their sorrow for the loss of life in these shootings. You can see what Netflix posted below:

“We filmed this season of ‘Stranger Things’ a year ago. But given the recent tragic shooting at a school in Texas, viewers may find the opening scene of episode 1 distressing. We are deeply saddened by this unspeakable violence, and our hearts go out to every family mourning a loved one”

It’s worth noting that this warning is only there for viewers in the United States and the streamer does give other warnings related to “disturbing images” and “graphic violence involving children”. These latter two warnings almost definitely predated the events in Uvalde and Stranger Things has had to give other graphic warnings in the past because of some of the content. In this way, Stranger Things Season 4 isn’t all that different from what we’ve seen up until this point.

It’s been nearly three years between when Season 3 hit Netflix and the release of Stranger Things Season 4 finally hit the streamer. Some of the delays were related to the Covid-19 pandemic which stalled various parts of the production. But now, after this time the show is set to wrap up its story over a two-part final season. The first seven episodes were released on Friday with the season premiere “Chapter One: The Hellfire Club” being the one with the aforementioned warning. Though the season took multiple years off, the story is set to pick up relatively soon after the events of Season 3 with Stranger Things typically working well within a year-by-year timeframe.

Stranger Things Season 4, from the earliest trailers and teasers, will seek to solve mysteries on a couple of different fronts, but first must reunite The Party via a stop-off in sunny California. They’ll also have to find out what happened to Hopper, explore haunted houses, understand the origins of Eleven, and figure out how exactly to close the portals to the Upside Down, among many, many other things. There’s tremendous excitement about the series as a whole and it’s sure to be one of the most-watched offerings over this holiday weekend in the States. 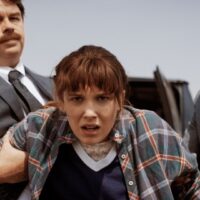 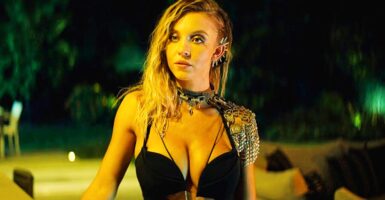 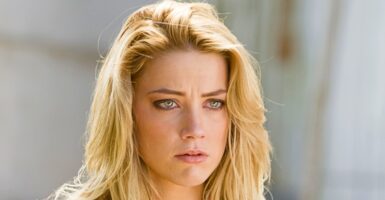