Steve Zahn has been a dependable comedic presence in cinema for decades now. He is the kind of performer who has rarely taken a lead role in his work but is a quintessential “that guy” on screen that you always are happy to see. Audiences are about to see a lot more of him because according to our trusted and proven sources, Steve Zahn will be part of the cast for the upcoming season of the hit HBO The Righteous Gemstones. While there are not a lot of details on his part so far, we are very happy to know that he will be joining one of the darkest and funniest comedies airing right now.

Reportedly, Steve Zahn will be joining The Righteous Gemstones season three as a member of the extended Gemstone family of evangelical preachers. That leaves a whole lot open to interpretation, as his character could be anything. Steve Zahn could be one of the Righteous Gemstones who use their familial megachurch for hypocritical debauchery and assorted wackiness or he could be portraying a family member who is actually good of heart and dedicated to Christian ethics. Zahn’s comedic persona has always had a refreshing kind of earnestness and lack of guile that could make a good contrast with the other cast members of The Righteous Gemstones.

On the other hand, Steve Zahn being known primarily for his boyish good looks and his goodhearted characters could be the exact kind of thing The Righteous Gemstones is going for. The HBO show was created by co-star Danny McBride and satirizes the world of megachurches and televangelism via the titular Gemstones family. The Righteous Gemstones stars John Goodman as Doctor Eli Gemstone as the patriarch of the family and their church’s lead pastor, while McBride plays Jesse, his oldest son who revels in debauchery behind a literally holier-than-thou exterior. The other two children of the family are Adam DeVine as youth pastor Kelvin Gemstone and Edi Patterson as the neurotic middle child Judy. So far, the show has introduced a number of odd characters like Walton Goggins’ silver-haired former child star in-law “Baby” Billy Freeman and M. Emmet Walsh as Grandaddy Roy Gemstone, so there is plenty of room for other family members.

Whichever direction that Steve Zahn’s upcoming character takes on the upcoming season of The Righteous Gemstones, we have a lot of faith in him to inject the appropriate weirdness into the role. Steve Zahn recently starred on another well-regarded HBO series, Mike White’s anthology show The White Lotus. In the first season of that show, he portrayed Mark Mossbacher, the self-esteemed-challenged husband of Connie Britton’s type-A character Nicole.

It certainly seems like Steve Zahn is making a home for himself at HBO with both The Righteous Gemstones and The White Lotus. We are looking forward to see the direction he might help spin the third season of the satirical comedy; considering the second season of the show ended with a ninja motorcycle gang and snowy death by wolf, it will probably be pretty dark and intense. 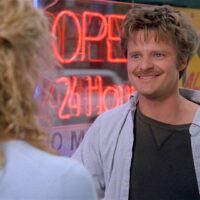 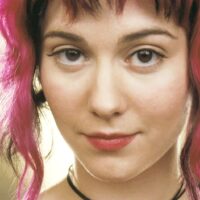