Steve Buscemi Trends For Having The Best Halloween Costume

The beloved Hollywood actor, Steve Buscemi, is best known for his work in films like 1992’s Reservoir Dogs, 1998’s The Big Lebowski, and The Sopranos and Broadwalk Empire television series. This year, he is an official celebrity winner of Halloween – at least according to social media. So, if you were trick-or-treating in Brooklyn on Sunday night, you might’ve seen Steve dressed up as his own internet meme.

The legendary actor, whose career spans nearly four decades, was seen handing out candy in his Park Slope neighborhood during Halloween. However, it wasn’t the fact that Steve Buscemi was handing out candy that made the people stop and take pictures; it was the fact that he was dressed as one of his most recognizable television characters from 30 Rock. And both the fans and perpetual internet and Twitter residents loved him for it. You can see the famous meme featuring the actor in the tweet below.

Photos show Steve Buscemi good-naturedly posing for photos with fans lucky enough to spot him on the street for Halloween.

Buscemi’s costume was identical to the attire of his character from the aforementioned television show, which happened to spark an internet meme that’s mostly used to respond to internet users pretending to be a part of a community that they’re actually unfamiliar with. To provide the readership with a more precise idea, the image features Steve Buscemi dressed youthfully and holding a skateboard and is usually subtitled with “How Do You Do, Fellow Kids?” which is often photoshopped to adapt to a particular subculture.

The famous internet meme actually draws roots from The Tuxedo Begins, Season 6, Episode 8 of 30 Rock television show, in which Steve Buscemi portrays Lenny Wosniak, a private detective hired as a strike buster. In one of the scenes, he remembers an investigation for which he believes he successfully masqueraded as a high-school student – an obvious parody of the television show 21 Jump Street. In the episode, Buscemi, then a 55-year-old, approached a group of high school students, dressed as “one of them” – his character’s comedic approximation of high school attire, which included a red hoodie over a t-shirt that reads “Music Band,” paired with a backward hat, and a skateboard over his shoulder. Of course, his grizzled appearance contrasts his silly attire, which only made his disguise more obvious.

To the delight of social media users, who came to adore the omnipresent internet meme of now-63-year-old Steve Buscemi impersonating a teenager, the beloved actor brought his impersonation full circle with his Halloween costume. The ongoing individuals and fans of Buscemi shared pictures on social media, many of which have stated that Buscemi “won the Halloween” with his choice of costume. The actor’s most recent projects include 2019’s The Dead Don’t Die and the upcoming Hotel Transylvania: Transformania, which is scheduled to release on January 14, 2022.

Despite his fantastic costume idea, Steve Buscemi wasn’t the only celebrity handing out candy on Halloween. Television actress Reese Witherspoon and actress and model Kate Beckinsale also had interesting costume ideas that caught the public’s attention. 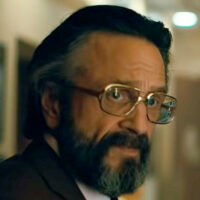 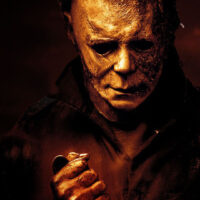