Master of horror Stephen King has some interesting pop culture tastes, and he has targeted them at the Predator franchise.

Stephen King is a man of interesting pop cultural tastes. While he is most famous for being the preeminent horror writer of his generation (sorry, Dean Koontz), he also recently revealed that his favorite novel of all time is Lonesome Dove, the popular Western novel by Larry McMurtry. Stephen King has also revealed some of his desert island disc choices to include KC & The Sunshine, the Bee Gees, and the Sex Pistols. With that kind of mash-ups, it is really not surprising that Stephen King would have a somewhat odd take on a science fiction franchise classic. Here is what the author himself Tweeted about Predator recently:

This particular Stephen King Tweet comes in the wake of the recent Prey, the newest installment of the Predator series of films. According to Stephen King, the famously trophy-driven Predator species would be a good match-up against his own Children of the Corn, which raises the idea of a pack of feral children hacking at one of the massive alien hunters with sickles and scythes. Truly, an arresting image.

While not as famous of a series as Predator, Children of the Corn is its own cult franchise. Based on a 1977 Stephen King short story, the first Children of the Corn movie was released in 1984 and centered on a pair of lost travelers stumbling onto a rural Nebraska town that had been taken over by a cult of children worshipping a demon known as “He Who Walks Behind the Rows.” While it was not critically well-regarded, the low-budgeted movie was a financial success. Children of the Corn spawned nine sequels (many of them direct-to-DVD) and a remake, as well as becoming synonymous with the Stephen King brand despite his lack of direct involvement.

In comparison, the Predator franchise currently has five movies and two crossovers with the Alien franchise. Perhaps Stephen King was joking about Predator fighting the Children of the Corn, but on the other hand, stranger things have happened. For example, in various comic books, Predators have battled Superman, Tarzan, and even Archie Andrews of Riverdale (twice). It is really not that much of a stretch for there to be some kind of battle between a Predator and Stephen King’s most human sacrifice-obsessed feral children.

Speaking hypothetically, there are a few logistical obstacles to the theoretical crossover event between supernaturally brainwashed Nebraskan children and a dreadlocked alien hunter from the stars. For one thing, there are the typical licensing issues, but doubtless, the combined power of Stephen King and the newly resurgent Predator franchise can overcome that. For another, canonically, Predators do not hunt children, pregnant women, or the unarmed, considering it to be unsporting. On the other hand, while the Children of the Corn are indeed literal children, they are most definitely armed and have the advantage of numbers, religious fanaticism, and the potential supernatural aid of He Who Walks Behind the Rows on their side. Stephen King might have some far-out ideas, but this sounds like one with some potential. We even have a tagline: Predator Vs Children of the Corn: Whoever Loses, the Corn Wins. 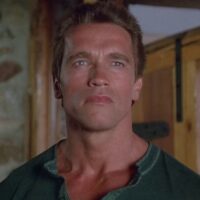 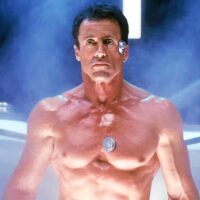 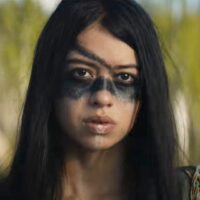 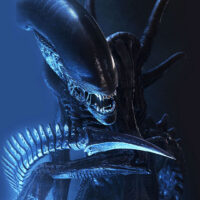