Static Shock might not be the most iconic and well-known superhero out there but that’s set to change sooner than later. After months of speculation and rumors about a project around the character, The Hollywood Reporter is reporting that things are now progressing quickly. Warner Bros has now signed on someone to write the script for the movie and there a few big names attached on the production side as well. It looks like Static Shock will be coming to the big screen and entering the DC Extended Universe.

The Static Shock rumors have been floating out there for the last couple of months but this latest news is making it look like a solid bet for the character to join the DC ranks. Randy McKinnon (Safety, Grand Army, Chambers) is being brought in to pen the script. This will be his first foray into the superhero space but considering the character isn’t the most well-known one out there, we could be seeing some considerable latitude around story and tone. This is the kind of thing that can be a great space for a writer.

And the Static Shock news doesn’t stop there. Michael B. Jordan will be on as a producer as well. There had been some speculation that the actor would be possibly taking to the screen in this role, though it doesn’t look like it will be the case for this film. He’s also been rumored as the potential next Superman with Warner Bros. and DC opting to pivot away from the Henry Cavill version of the character. With Jordan now even more entrenched with the studio in this respect it will be interesting to see where he next lands on the screen.

The character of Static Shock originally appeared from the publishing company Milestone Media which was an offshoot of DC Comics. The stories under this publication umbrella focused on a more diverse set of characters and was originally founded by a group of African-American artists and writers. In the origin story, the character Virgil Green comes upon an array of superpowers when he comes in contact with a chemical agent in the form of an explosion. Instead of killing him, he gains powers and is able to control electricity. In the comics, he goes by just the name, Static

Static originally appeared on the printed page but did gain more recognition when the animated series Static Shock. The cartoon debuted in 2000 and ran for four seasons on the Kids WB. At the time it was critically praised for its story and became one of the first times a black superhero was given a title show in the superhero animated world. It was even nominated for an Emmy Awards in the categories of Special Class Animated Program as well as Achievement in Musical Direction and Composition.

We are sure to get more Static Shock news coming down the pike soon. With the script in good hands and big names on the producing side, this thing should generate significant buzz within the DC Extended Universe. 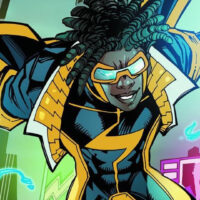 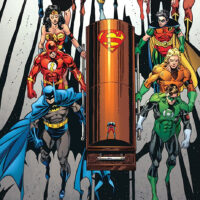 DC Comics Is Being Shut Down? 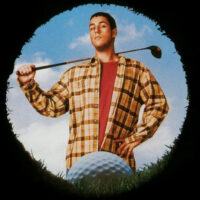