The science fiction classic Starship Troopers is getting a reboot.

The 1997 science fiction film Starship Troopers is currently in development for a reboot. According to our trusted and proven sources, a new version of Starship Troopers is being worked on by Sony Pictures, which currently owns the film and television rights for the franchise. The original Paul Verhoeven film was a commercial and critical disappointment, but has been re-evaluated in recent years and embraced as a satirical cult film rather than the gung-ho action film it was marketed as.

A Starship Troopers reboot makes sense for Sony Pictures, which has struggled to keep up with the massive intellectual property catalogs of Disney and Warner Bros. Discovery. Although it barely made its initial budget back at the box office, Starship Troopers has become a highly recognizable brand through a number of direct-to-DVD sequels and animated films. Of course, there is always the highly marketable basic plot of space marines fighting giant alien bugs, which the Alien franchise essentially perfected.

A major question for a Starship Troopers reboot is how the tone of the story would be handled. The original 1959 novel by acclaimed science fiction master Robert Heinlein is generally considered to be a primer on many of his conservative and military-focused beliefs and has been accused of having fascistic themes. On the other hand, the 1997 film directed by Paul Verhoeven is essentially a satire of those same themes and a commentary on authoritarian propaganda.

The 1997 Starship Troopers film starred Casper Van Dien, Denise Richards, Neil Patrick Harris, and Paul Verhoeven mainstay Michael Ironside, and utilized many of the techniques the director had used in the earlier RoboCop. The film frequently breaks from the central narrative to news reports and commercials, as well as commenting on American stereotypes like violent sports competition. Ironically, the film was largely taken as a promoting the themes that it was satirizing and swiftly dropped off at the box office.

Starship Troopers is absolutely a story that could support a reboot, particularly in a geo-political climate grappling with fears of neo-fascism and authoritarianism. On the other hand, there is a reason why Starship Troopers has been treated as a straightforward science fiction action story, and it is because it rocks. Very few people have demonstrated the direct, oddly easy-to-miss kind of satire that Paul Verhoeven has mastered, so it will have to be seen how Sony Pictures treats it.

If Sony plays it right, a Starship Troopers reboot could be their competition to Disney’s Star Wars and Paramount’s Star Trek. We will just have to see what direction that takes the franchise this time around. 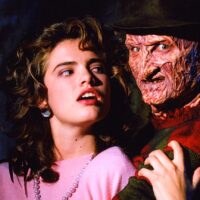 Exclusive: Heather Langenkamp In Talks To Return For Nightmare On Elm Street Reboot 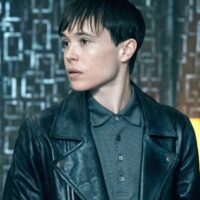 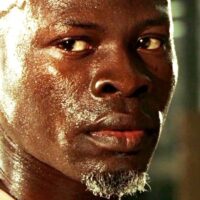