The mind of George Lucas receives a stylistic upgrade in Star Wars: Visions, an upcoming anthology series that confers the galaxy far, far away its long-overdue anime twist. It reimagines the war between light and dark in refreshing pastel colors, at times resembling a decrepit Shinto shrine in Ninja Scroll and in others the blistering action set piece of an Evangelion movie or the polychromatic expanse of a Studio Ghibli production. It offers the same timeless tales of spirituality, brotherhood, and vengeance in nine astonishing entries, each carefully imbued with an Eastern touch. Lightsaber duels, crowded planetoids, and starship battles in the vastness of space have never looked any cooler.

Lucasfilm is developing Star Wars: Visions with seven top-tier anime creators: Kamikaze Douga (Batman Ninja), Geno Studio (Golden Kamuy), Studio Colorido (A Whisker Away), Studio Trigger (Gurren Lagann), Kinema Citrus (The Rising of the Shield Hero), Science SARU (Devilman Crybaby), and Production I.G. (Ghost in the Shell). If the visuals look familiar, this is why. The project is described by executives as “an alternate history pulled from Japanese lore” and may or may not ascribe to popular Star Wars canon. Each episode features an ensemble English and Japanese voice cast with the likes of Masako Nozawa (Goku in Dragon Ball) and Wataru Takagi (Eikichi Onizuka in Great Teacher Onizuka), and several big-name Hollywood actors. Most of the characters involved are originals, exclusive to the series.

Check out the high-stakes kaleidoscopic splash that is the newest trailer for Star Wars: Visions:

Star Wars: Visions takes place in disparate points in time. The second episode, Lop and Ochō, is set between Revenge of the Sith and A New Hope, same as Rogue One and Andor. Episode five, The Elder, is positioned sometime before The Phantom Menace, making it the first Star Wars film to predate the events of the prequel trilogy. Episode four, The Twins, returns audiences to the distant present and revolves around remnants of the Imperial government from Darth Vader’s time post-The Rise of Skywalker. The last episode, The Ninth Jedi, is derived from the same era as The Twins. Lucasfilm has already divulged the full cast list to the press, but has yet to confirm if any preexisting characters are involved. For instance, The Ninth Jedi sounds like it might feature Rey (played by Daisy Ridley in the movies), but may refer to an entirely different Jedi. The Galaxy must be awash with younglings following Ben Solo’s return to the light side, with Rey commandeering the Order in the wake of Luke Skywalker’s passing.

The nearly 2-minute teaser begins with a snapshot of a Jedi samurai from eons past departing a dilapidated temple; his descendant is a young woman in Kabuki make-up. She is handed a family heirloom composed of a lightsaber handle and a gem of pure plasma — the basic components of “an elegant weapon for a more civilized age,” as Obi-Wan Kenobi used to say. The opening seems to imply Star Wars: Visions will be charting the history of the lightsaber in episode one, The Duel, featuring a character named Ronin, and rather than infuse the ancient Jedi sword with an origin story befitting a medieval knight, chose to apply it with conspicuously Japanese inflections.

A sound decision, considering how George Lucas developed the mechanics of the lightsaber in the first place. Battles are meant to mimic traditional fencing and Japanese kendo, used interchangeably during fight scenes. A lightsaber emits a gyroscopic effect that allows it to cut through anything imaginable; a katana is considered the sharpest sword in human history. It’s a perfectly suitable parallel. Ronin can be seen in the trailer wielding a red lightsaber in place of a katana. The concept of the Force is also derived from the Tao, another Eastern school of thought. Star Wars: Visions is making deliberate, well-placed narrative and thematic choices, and we couldn’t be happier.

The sneak peek goes on to show lightsaber battle after lightsaber battle — including a General Grievous insert in the form of a six-armed female Sith and a rotating blade — and seems to take place at the height of the Jedi order. Blasters make a comeback in Star Wars: Visions, but are easily deflected by Force practitioners. A helmeted figure reminiscent of Darth Vader makes a cameo during one samurai’s monologue about the dark side, facing Stormtroopers in combat; a remnant of the original trilogy, perhaps?

Of course, no anime — Star Wars: Visions or otherwise — would be complete without a pop idol and a furry; a Tatooine musician plays before a packed arena while a rabbit girl features as a major character. The Sith-Jedi battle atop a cruiser seems the most epic, as two Force warriors eke it out in the emptiness of space. The female Sith Lord from before can be seen thrusting a piece of lightsaber plasma into a compartment in her chest, creating a chain reaction that triggers a demonic transformation. Her lightsabers are malleable and can wrap around objects with startling ease.

The trailer itself is teeming with content, but with scenes so visually inconsonant from the rest, it’s difficult to tell where one premise begins and where the other ends. Easter eggs whiz past like pod racers on anabolic steroids; every shot, riveting without being overdone, is rendered in gorgeous 4K. It’s enough to capture audience interest, without necessarily giving any plot specifics away. Star Wars: Visions is first and foremost a new overcoat made to embellish the Star Wars universe with more high-octane visuals than is technologically possible on a live-action blockbuster budget. On a feature film, CGI reigns supreme, but Japanese animation employs more subtle, yet gripping, methods of telling the same stories. 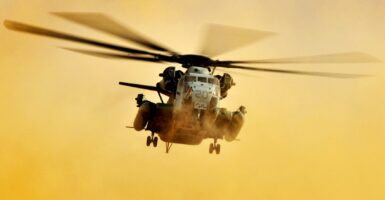