Ever since Disney took over the Star Wars brand, the world has expanded to show more individual stories outside the light vs. dark of the core series. We’ve seen smaller stories like Rogue One: A Star Wars Story, Solo, and The Mandalorian, which have helped add layers to this large, growing world. But a new rumor states that Star Wars is planning to focus on the dark side by possibly giving a villain the lead role.

The rumor comes from the Patreon page of Daniel Richtman, who says that Lucasfilm is planning to explore Star Wars films and television shows with the villain as the lead. Richtman doesn’t say who his sources for this information are, but with so many films and television programs in the works from Lucasfilm, this seems like an inevitability.

While Richtman says this would be a shift from Lucasfilm focusing on the good guys to focusing on the bad, this also ignores that the prequel trilogy technically did focus on the villain, as these films showed the downfall of Anakin Skywalker into Darth Vader. Not only that, but the latest trilogy also made Kylo Ren one of the lead characters, and showing his conflicted nature that was torn between the light and dark side.

Lucasfilm has recently announced a ton of Star Wars projects, but many of these seem unlikely to be a project along the lines of what Richtman is talking about. The only two films that have been confirmed are Rogue Squadron, by Wonder Woman 1984 director Patty Jenkins, and an untitled Taika Waititi film. Rogue Squadron will focus on starfighter pilots, so that seems unlikely, yet Lucasfilm has said Waititi’s film will be “fresh, unexpected, and…unique” with a sense of humor. Even though a film completely centralized on a villain would be unique, it seems unlikely such a film would be packed with humor.

Most of Lucasfilm’s upcoming Star Wars television projects are decidedly about past heroes. Disney+ will soon see television series centered around Diego Luna’s Rogue One character Cassian Andor in the series, Andor, and Obi-Wan Kenobi will focus on the great Jedi Master, with Ewan McGregor and Hayden Christensen returning. The two Mandalorian spinoffs, Ahsoka and Rangers of the New Republic certainly sound like they’re focusing on heroes rather than villains, as does the upcoming Lando Calrissian series, naturally titled Lando.

Of all the projects that could focus on Star Wars villains, the likeliest seems to be The Acolyte. From Lesley Headland, co-creator of Russian Doll, The Acolyte is still one of the more mysterious projects on Lucasfilm’s slate. The series is being called a mystery-thriller, focusing on emerging dark side powers during the end of the High Republic. Rumors have said that the series will focus on a group of female characters, but little else is known about the new series.

But with so many new opportunities opening up in the Star Wars universe, with tons of new films and television shows on the way, it makes sense that Lucasfilm might try something new and make a story focused on the villain. Star Wars has certainly made villains primary characters in the past, so it will be curious to see how this is different from what they’ve already done before. 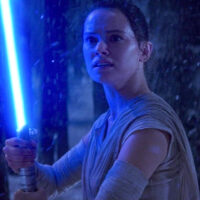 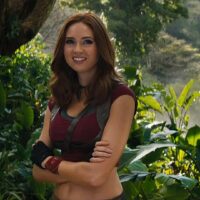