Ever since Disney purchased the Star Wars franchise, the company has done a decent job with improving representation in the series. The latest trilogy of films was multicultural, and with a strong female lead, while Rogue One: A Star Wars Story featured no white male protagonists. But even though Disney is attempting to make the Star Wars universe a diverse place, the series has struggled with LGBTQ+ inclusion. Yet if a new rumor is to be believed, Disney might be adding their first transgender Jedi.

As reported by We Got This Covered, entertainment gossip writer Daniel Richtman says that Lucasfilm wants a transgender Jedi. Richtman doesn’t say where this rumor is coming from, or where his sources are, but this information does seem in line with Star Wars’ attempts at inclusion over the years.

Also missing in Daniel Richtman’s scoop is where Lucasfilm would like to introduce this character. While there are several Star Wars film projects in the works, it seems more likely that Disney would want to introduce the character on one of their Disney+ shows. It also seems curious that this news would break as even more fans of The Mandalorian are calling for the firing of Gina Carano, due to her controversial anti-mask, anti-Black Lives Matter, and anti-LGBTQ+ tweets in the past. Maybe instead of firing Carano, Disney decided they’d cast a transgender character as a way to make the situation better?

Yet Disney has done a poor job of LGBTQ+ representation in the past. There was plenty of discussion about the Star Wars universe’s first same-sex kiss in The Rise of Skywalker, which ended up happening in the background. There was also excitement that Avengers: Endgame would introduce the Marvel Cinematic Universe’s first gay character, and while the film did, it amounted to little more than a cameo.

But there are plenty of opportunities in the future for Disney and Star Wars to provide better LGBTQ+ representation. A new Star Wars trilogy is planned to kick off in 2023, with new films coming in 2025 and 2027, although it’s not clear who is working on this new series, or if it is the planned Rian Johnson trilogy. Also in the future is an announced Star Wars film from Thor: Ragnarok and What We Do in the Shadows writer-director Taika Waititi, and a Star Wars film developed by Marvel’s Kevin Feige.

But again, it seems more likely Disney would want to place their transgender Jedi on the small screen first and see how audiences react, knowing how seemingly skittish they are about such topics. The Mandalorian would make quite a bit of sense, but Star Wars also has an upcoming series centered around Rogue One’s Cassian Andor, scheduled for release in 2021, and the Obi-Wan Kenobi series, coming out in 2022. Both of these are currently in the planning phases, so this transgender Jedi could easily appear in any one of these upcoming shows.

Even though Disney has attempted to push for inclusivity in the past within the Star Wars franchise, it has been hit-or-miss. Hopefully, this inclusion will be a way for Star Wars to show just how lovely and diverse the galaxy truly is. 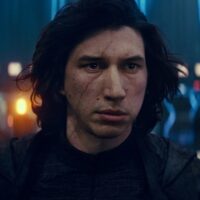