With the Star Wars universe seemingly only in growth mode right now, it’s somewhat surprising to hear that one of their series is on its way out the door. But not everything in this franchise is a winner and sometimes shows will end even without much fanfare. Such is the case with any venture this big, when enough stuff is thrown at the galactic walls, it all doesn’t stick. Disney+ has canceled and removed LEGO Star Wars: The Freemaker Adventures after two seasons of the animated series. There wasn’t a ton of reasoning for the move which is more the case these days with streaming services acting as the gatekeeper for programs and their longevity.

According to Comicbook.com, one of the differences with this move by Disney+ is that not was LEGO Star Wars: The Freemaker Adventures canceled, but it was fully removed from the streaming service. Typically, in a situation like this, a show will simply stop production, but fans will still be free to catch up with previous episodes and seasons. It makes sense considering Disney owns the Star Wars label. But in this case, the series is just gone completely. And Dinsey hasn’t offered up any reasoning, as of right now, behind the move.

Additionally, when searching for LEGO Star Wars: The Freemaker Adventures on Disney+, we are given part of the series, though not the original. This is in the form of LEGO Star Wars: The Freemaker Adventures Shorts, a six-episode series of smaller episodes meant as companion pieces for the original series. Why these remained and the first one is gone is anyone’s guess, but it’s definitely an odd move considering what we know about the streaming service ecosystem and how IP is typically treated within the space.

LEGO Star Wars: The Freemaker Adventures takes place during the time period between The Empire Strikes Back and Return of the Jedi. It follows a family, conveniently named the Freemakers as a little hat-tip to the idea behind the popular toy. The family consists of Rowan, Kordi, and Zander Freemaker who, along with their droid R0-GR who, you know, build stuff. Their adventures are around salvaging older ships and restoring them, something any LEGO fan can definitely connect with.

And as with other Star Wars properties, there are connections to the larger and more popular world. LEGO versions of Luke Skywalker, Darth Vader, Princess Leia, Emperor Palpatine, Jabba the Hutt, Lando Calrissian, and many others all make “appearances” throughout the story when the Freemakers’ adventures do land them in the middle of this struggle between the Empire and the Alliance. The series has run for two seasons with 26 episodes in total.

Again, considering how much the Star Wars brand is growing and expanding these days, it’s odd to outright lose a show. But there is plenty more out there to sink your teeth into with The Book of Boba Fett just recently hitting the streamer. Plus, we will soon get Obi-Wan Kenobi, Ahsoka, and The Mandalorian Season 3 in addition to a number of other new projects. 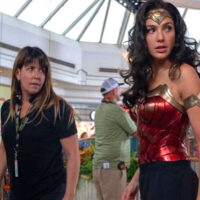 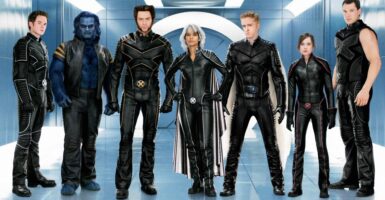