Star Wars fans have long dreamed of what it would be like to immerse themselves into the vast world of the franchise, and now thanks to Disney, they can finally get a glimpse of what living in a galaxy far, far away might actually be like. Disney first announced in 2017 their plans to open a Star Wars resort at the D23 Expo, and as the opening day quickly approaches, the company is slowly revealing more details of just what the journey will entail for guests. Among many of the themed attractions and experiences guests can enjoy, a newly released Twitter video released by Walt Disney World reveals a sneak peek at lightsaber training, one of the many add-ons the resort will boast.

See the lightsaber action planned for the Star Wars resort below:

As shown in the video, guests will enter a room in which they will be given a lightsaber to train with and test out their Jedi skills. The demo features Disney Parks Experiences and Products Chairman Josh D’Amaro getting a first look at the Star Wars resort as he helms a realistic blue lightsaber. He shows how guests will be able to train with a wall-mounted machine that seems to shoot lasers, much like real Jedi in training would do. The video also features the realistic ship and its defense system, as D’Amaro pushes buttons to fight attack cruisers before he takes the ship to hyperspace.

The Star Wars resort – named the Halcyon – entails a two-night excursion set on the starcruiser Halcyon and features interactions with various characters and personalities across the entire Star Wars universe. Being an immersive voyage, guests are not only allowed to get into character and dress for the part but also encouraged. The two-night trip is said to entail several different storylines that guests can pick and choose through to play out, including several add-on experiences for an additional price.

One of the Star Wars resort add ons will allow guests to not only work with a lightsaber but also go through the experience of making their own, a feat that is highly coveted in the Star Wars lore. Named Savi’s Workshop, guests can schedule a visit to the workshop and go through the process of choosing different pieces to craft their unique lightsaber including a kyber crystal to give the weapon its color. In Star Wars lore, the lightsaber is the signature weapon of Jedi and Sith alike. The color of each lightsaber blade is given by its power source, the kyber crystal, and the color usually ties into the wielder’s emotions and thoughts.

While the Halcyon won’t take its first trek until March 1, 2022, guests can book their experience at the Star Wars resort now. Prices for the trip range from $749 to $1,209 per night depending on the number of guests booked for the voyage. Other than gaining access to the resort, the price tag also will land guests a ticket to the Star Wars: Galaxy’s Edge area of Disney’s Hollywood Studios. Other add-ons include dining at Oga’s Cantina and The Captains Table, and a trip to the droid table, where guests can create and build their very own droid to take home. 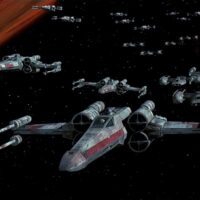 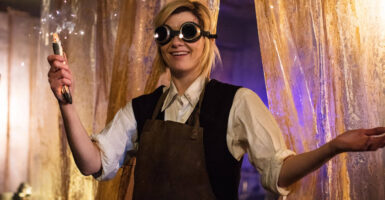 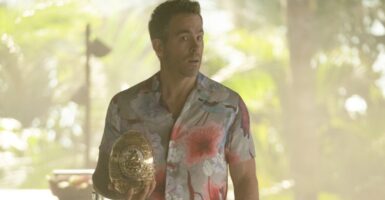