By Douglas Helm | 5 days ago

Disney is making sure that Star Wars fans don’t have to go too long without more of the beloved franchise. With Obi-Wan Kenobi already three episodes into its season, fans have had the chance to revisit some of their favorite characters. Disney also recently announced the return of the fan-favorite animated series The Bad Batch and now we have an official release date thanks to a promo image on the Disney+ website. The second season will be premiering on September 28.

Star Wars: The Bad Batch focuses on Clone Force 99, a group of genetically altered clones with special abilities. The events of the show take place after Star Wars: Episode III – Revenge of the Sith, with the Clone troopers trying to deal with the rising power of the Empire. The recent trailer gave us some insight into what to expect for the new season. You see the typical crew of Hunter, Wrecker, Echo, Tech, and Omega in the trailer. You also get a glimpse of their former comrade turned rival Crosshair as well as Commander Cody, who served directly under Obi-Wan in the Clone Wars. Of course, one of the bigger appearances in the trailer is Emperor Palpatine in full Sith Lord mode. There’s even a shot of a Wookie wielding a lightsaber! The first season ended after the Empire destroyed the clone lab Kamino, so fans are waiting to see what’s next.

The Bad Batch won’t be the last Star Wars show we get in 2022. Obi-Wan Kenobi has three more episodes to go, with the recent episode seeing the former Jedi Master escaping from his former pupil Anakin Skywalker, who is now the evil Darth Vader. The remaining three episodes are sure to have more nostalgia and surprises in store, so there is definitely a lot to look forward to there. Next up, Disney+ will bring us Andor in August. Andor will bring back Diego Luna’s Cassian Andor from Rogue One. The show will portray the early days of the Rebellion and the dangerous missions Andor went on. Along with Luna, Genevieve O’Reilly, Forest Whitaker, and Alan Tudyk will be reprising their roles. Stellan Skarsgard and Kyle Soller are also on the cast list.

Finally, Disney will be bringing us another animated series with Star Wars: Tales of the Jedi. Tales of the Jedi will bring us three multi-episode arcs filling in stories of different characters from the prequel era of films. The first season will focus on Ahsoka, Count Dooku, and Qui-Gon Jinn. This anthology-type series shares the same name as a Dark Horse Comics series that filled in some history about the Jedi Order and the Sith. Tales of the Jedi is set to hit the platform in Fall, so it’ll likely coincide with the new season of The Bad Batch. Those will wrap up the Star Wars shows for 2022, but fans will only have a short amount of time to wait until The Mandalorian returns for Season 3 in February 2023. In short, there is plenty more Star Wars to come. 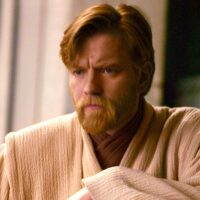