Star Wars: Obi-Wan is starting to dial things into high gear of late, beginning to add cast members around what will surely be one of the more anticipated shows when it finally hits the screens. After all, this is part of the new operating procedure for the Star Wars franchise, looking at characters more in-depth than we’ve seen in the movies after all these decades. And the show just added a major piece, casting Indira Varma in a major role. Things are really ramping up for the program.

This is the first female character to be cast for Star Wars: Obi-Wan though we are likely only at the tip of the iceberg here. Indira Varma has had a ton of credits over the years in a number of different shows and movies. Most recently she is probably best known for playing Ellaria Sand on HBO’s Game of Thrones. The manipulative and cunning mother of the “Sand Snakes” had some scene-stealing moments for the show. It’s unclear what role she’ll play in the new series, but she brings plenty of acting chops and has, in the past, shown the ability to handle a villainous side of things.

After Game of Thrones, Varma was on ABC’s For Life about the prison system. She played a corrections officer. She was also the lead in ITV’s Paranoid playing a detective trying to solve the murder of a doctor. So it isn’t all sinister turns for the actress. But I suspect we see her lean that way in the new Star Wars: Obi-Wan production.

Star Wars: Obi-Wan has most definitely started ramping things up on the casting side. For starters, Ewan McGregor is set to reprise the role of the titular character. The show is going to take place after the events of Revenge of the Sith and prior to when we meet the character on Tatooine near the beginning of A New Hope. In this respect, it doesn’t feel like the show can have crazy longevity in terms of timeline, but stranger things and all with the number of stories they’ve able to mine from this universe.

And in another exciting casting move for Star Wars: Obi-Wan, Hayden Christensen is set to come back as Anakin Skywalker turned Darth Vader in the show. This news was almost as exciting as the original announcement. Casting these two stars means we’ll now have a definitive follow-up to the prequel trilogy and a chance to maybe right some of the wrongs of that storyline. Knowing this new show will offer a look at just what transpired on Darth Vader’s rise to power while Obi-Wan is “watching” Luke could make for great television.

The casting of Indira Varma should begin a run on some of the rest of the core group who will round out the show. Again, she hasn’t been confirmed in a particular role, but I do think we see it come more on the dark side of things so to speak. Star Wars: Obi-Wan is set to start filming this spring with The Mandalorian’s Deborah Chow taking the helm for the first couple of episodes. For a franchise releasing all kinds of new shows, this one might be the most anticipated yet. 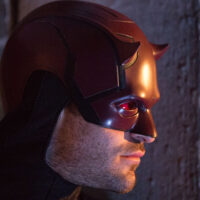