Star Wars, as a franchise, continues to grow at a massive rate thanks to the insanely popular offerings available now and coming soon on the Disney+ streaming platform. But despite the seeming growth of the franchise and the universe as a whole over the last few years, there have been reports of quite a bit of infighting over creative control at the studio. That might be coming to a head with Cosmic Book having it that Kathleen Kennedy might be out at LucasFilm with Jon Favreau taking over the big seat.

This news, if it’s even that at this point, isn’t all that new and has been a brewing topic around the Star Wars franchise for some time. Cosmic Book’s reporting was tailing an article written on Monday in The Atlantic titled “How Disney Mismanaged the Star Wars Universe”. While this article doesn’t reference specific instances of trouble at the studio, it’s quick to point out a number of things that fans of the franchise probably already know. Namely, the sequel trilogy of movies, The Force Awakens, The Last Jedi, and Rise of Skywalker were a significant misstep for the studio, and those are laid directly at Kathleen Kennedy’s feet.

The article goes on to praise Jon Favreau for his work on The Mandalorian to start, but also his visioning around the franchise as a whole. It’s clear there’s been a divergence within the creatives at Disney and Lucasfilms over the direction for Star Wars going forward. Favreau is locked into the process around developing stories within the universe that resonate deeply with lifer fans while also drawing in new folks as well. The Kennedy-led sequel trilogy was a fragmented mess in the narrative, with significant disconnects from both Star Wars canon on a high level, and even the individual movies themselves on a low level.

This latest rumor has it that there is now a movement within Disney, and specifically Bob Chapek, the CEO of The Walt Disney Company, to remove Kennedy from her current role as President of Lucasfilm, a title she’s held since 2012. This would seemingly pave the way for Favreau to take over as the head of the studio and bring to the greater world, specifically a new set of movies, the same creativity and vision he’s brought for Disney+.

Again, these divergent paths at the top of the Star Wars food chain aren’t really anything new. There’s been growing sentiment that the Star Wars folks were already divided into two camps: Team-Favreau and Team Kennedy. With the growing speculation that there is a move on the way at the top, there would be further hope that future movies would tie in better around the ever-growing Disney+ landscape.

Because on that front, there’s a lot to be excited about. The Mandalorian is heading towards its third season with The Book of Boba Fett coming at the end of this year as well in a limited series. Plus there’s Obi-Wan Kenobi which will detail the time for the titular character following The Revenge of the Sith and before A New Hope. Plus there’s Rosario Dawson’s Ahsoka Tona series as well. With this world growing and Kennedy’s trilogy movies fizzling, the time for change could be now. 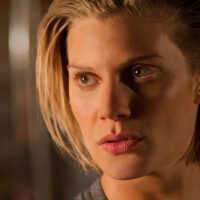