The Star Trek franchise has received the Visionary Award from the 2022 Outfest Legacy Awards.

A classic sci-fi franchise is about to receive a huge honor. According to Deadline, the Stark Trek franchise will be honored with the Visionary Award at the 2022 Outfest Legacy Awards, taking place on Saturday, October 22nd, at Paramount Studios. The sci-fi franchise joins a list of honorees, which includes actress and musician Janelle Monae, Amazon’s Glamazon Employee Resource Group, and Outfest’s Deputy Director Kerri Stoughton-Jackson.

As noted by Deadline, the Visionary Award recognizes “creative or artistic contributions to LGBTQIA+ visibility in media. The report adds that IMDB’s Chief Operating Officer Nikki Santoro will present the award to Star Trek. Stark Trek: Discovery’s Wilson Cruz will reportedly accept the Visionary Award on the franchise’s behalf.

Star Trek‘s Visionary Award acceptance comes after the series launched with Star Trek: The Original Series in 1966. It has since become one of the world’s most recognizable science fiction properties and has spun off into many mediums. Millions of fans worldwide have seen 11 TV series and 13 films from the franchise.

Star Trek’s Visionary Award is obviously well deserved. Over the years, the Los Angeles-based non-profit Qutfest has celebrated and recognized the achievements of LGBTQIA+ artists and “the exhibition and preservation of underrepresented stories. While the original series didn’t depict any LGBTQ+ relationships, the franchise since has been working on adding more inclusivity.

While Star Trek’s Visionary Award recognition is a testament to the franchise’s impact and contributions to the industry, there are still many questions regarding its future. Last month, we reported that Star Trek 4 could include the Next Generation series crew. Stark Trek 4 is set to take place in the “Kelvin Timeline,” an alternative universe that doesn’t have Chris Pine as Captain James T. Kirk, Zachary Quinto as Spock, or any of the other notable names in J.J. Abrahams reboot franchise for Paramount Studios.

It should be noted that no confirmation regarding the Next Generation’s inclusion in Stark Trek 4 has been made. Most projects that fans are currently enjoying from the franchise are on television. Although Star Trek 4 is the next big screen Stark Trek project on the horizon, most of the attention has been given to Stark Trek: Discovery and Stark Trek: Picard, which recently previewed its newest season at New York Comic Con.

Star Trek is in the same place as Disney and Lucasfilm’s Star Wars. While the Star Wars streaming shows have pleased fans, the theatrical efforts thus far have been hit-and-miss. The last Star Wars film, Star Wars: The Rise of Skywalker, was a divisive final chapter in Disney’s reboot trilogy. Since the release of The Rise of Skywalker, Lucasfilm hasn’t made any announcements regarding future movies other than the now indefinitely delayed Rogue Squadron.

Despite Star Trek’s Visionary Award recognition, the franchise is still in the same rough shape as Star Wars. After the release of Star Trek: Beyond, the franchise has moved onto the small screen. The writers of Star Trek 4 provided details about a reunion between Captain Kirk and Chris Hemsworth’s George Kirk. Other than small tidbits like that one, there really hasn’t been any news regarding the new Stark Trek movie. Hopefully, fans will hear more about what’s going on soon. 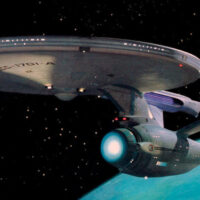 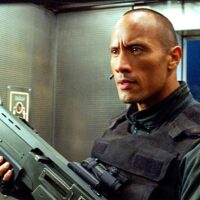 The Rock Showcased His Best Acting In A Star Trek Episode? 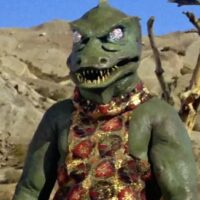 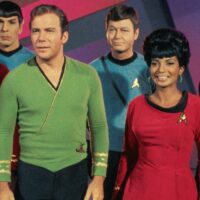