By Jose Hernandez | 2 months ago

In recent years, more theme parks and theme park sections have been opening up. The Avengers Campus section of the Disney California Adventure Park opened up this year. Nintendo also debuted a theme park this year in Japan. The Super Nintendo World park is inspired by the company’s flagship game franchise, Super Mario Bros. However, there’s another theme park from a big corporation on the horizon. The Paramount Park is in development and it’ll have a Star Trek area. Get ready to boldly go where no theme park person has gone before.

Set to release in China, the Star Trek theme park area will be the perfect destination spot for Paramount and science-fiction enthusiasts. The theme park will be in Kunming, the capital of the Yunnan province. It won’t be the only interesting theme park in China. The country already has exciting parks like Shanghai Disneyland Park, Hong Kong Disneyland, and Chimelong Paradise.

Although it remains to be seen if the Paramount theme park will be as popular as the rest of these, it does have the potential to be just as big of an attraction. According to trekmovie.com, the park was announced two years ago and more news has been released. The theme park will also have a resort and it’s estimated to be 643 acres. Beyond that though, it will have the Star Trek area titled “Final Frontier”. Apart from Star Trek, another brand that will get its own area in the Paramount theme park will be Peanuts. The franchise has iconic characters such as Charlie Brown, Lucy, and Snoopy.

Trekmovie.com states other areas include Paramount Boulevard, Adventure City, and Wonderland. According to Variety, some of the rides and attractions in these areas will be based on the Italian Job movie and the Mission: Impossible film franchise, other Paramount properties. What exactly they will take from those movies and make into rides remains to be seen. However, with Peanuts and Star Trek, fans of the franchises can speculate on what their areas will have.

For example, it’s a sure thing that the Peanuts area needs to have a Snoopy character walking around. He’s one of the most popular characters of the franchise. The theme park could also have attractions or rides based on the franchise’s animated specials. For example, It’s the Great Pumpkin, Charlie Brown and Snoopy! The Musical both have aspects that can be turned into theme park attractions.

As for Star Trek fans, it could be a safe bet that the theme park will include a variation of the iconic Starship Enterprise. It would be an even safer bet that attendees will see a plethora of aliens roaming around the Final Frontier area. Some of the aliens that can make an appearance include the Vulcans and the Klingons. The sky is the limit for this Paramount theme park, especially with the amount of money that is being spent to construct it. Variety reports that the theme park’s resort will cost $8 billion to make. It will be a long time before we see it, however. The estimated debut date isn’t until 2024.

The Paramount theme park will be an exciting place to visit for fans of popular franchises such as Mission: Impossible and Star Trek. However, there are plenty of other projects to look forward to in the future. This includes the How I Met Your Father show and the Welcome to Earth series. 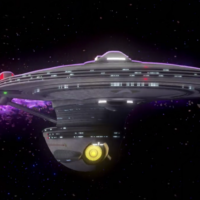