Star Trek: Strange New Worlds has hit a crucial milestone that many television shows have not been able to hit, especially recently.

It is not often that television shows crank up their production speed, especially considering the world is very much wrapped in the pandemic from COVID-19. Pandemic restrictions are one of the biggest issues when it comes to halting, delaying, or canceling projects. However, Star Trek: Strange New Worlds has hit a crucial milestone. The series has wrapped shooting of its second season. This is huge news considering the first season has yet to have its season finale, which happens on July 7th. This is also huge news that could mean that fans will not have to wait an ungodly amount of time to see the second season of this hit new Star Trek series. You can see the announcement below:

Producer and director of Star Trek: Strange New Worlds, Chris Fisher, celebrated the huge milestone for the show on Twitter, thanking all the cast, crew, and Canada for its hospitality in ushering in the next era of this long-standing franchise. Rumors were that the series had begun filming its second season in February of this year, with Paramount+ confirming the filming in March. The next season will also contain 10 episodes, and it will bring in a fan-favorite actor to portray Captain James T. Kirk. That actor is none other than Paul Wesley, who made his name in the series, The Vampire Diaries.

Considering that the first production unit has wrapped, there will likely be a second unit coming in for additional shots and recorded dialogue but won’t take nearly as much time as the principal shooting does. Since production has wrapped at the beginning of July, we could be seeing Star Trek: Strange New Worlds Season 2 debut sometime in Q2 of 2023. The hope is that it would premiere before that, but a realistic timeline would be to see the new episodes sometime between April and June. Again, this is huge news considering a lot of productions have been delayed for a myriad of reasons.

Star Trek: Strange New Worlds is a prequel to the original series, where everyone was introduced to Captain James T. Kirk. Now that it has been confirmed that he is going to appear in season two of the show, we might be seeing the moment where Captain Pike hands over command to Kirk. That would be an especially great moment for fans and a full-circle moment for the franchise that has been running since the mid-1960s. Either way, the new season should be chock full of great moments, especially seeing the early days of one of the best captains in Star Trek.

Star Trek: Strange New Worlds is currently streaming on Paramount+, and the season finale is coming in just four days. With production wrapping on the second season, we might not have to wait more than a year to see the new Captain Kirk in action. Also, there have not yet been plans for a third season laid out by Paramount+, but that announcement could be coming soon considering the second season has wrapped production. Hopefully, the show continues further with Captain Kirk at the helm. 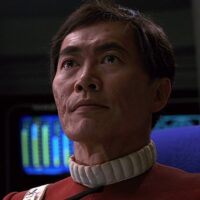