Tuesday was a massive day in the Star Trek franchise, solidifying that the new and returning series for this group of Paramount+ shows is heading in a completely positive and awesome direction. The folks steering the proverbial ship have such a clear grasp over how to onboard new generations of fans while also making sure the diehards and lifers are getting in on the action as well. Look no further than the teaser trailer for Star Trek: Picard which trends toward the creative and timeless before hitting us with the big news at the end. That’s right, Q is coming back to the Star Trek universe and is going to reunite with Captain Picard. Check it out:

While we don’t see actor John de Lancie in this Star: Trek Picard trailer, there isn’t any ambiguity about what they are asserting with the end piece of the teaser. While we are treated to the opening voice of Sir Patrick Stewart over the backdrop of an office with all its old-style charm. He reminds us that the “true final frontier is time” with nods to the Starfleet ship and other futuristic totems interspersed around an office that looks like it is from, well, another time. Stewart’s voice waxes existential around the ideas of time and how it can play with the concepts of regrets, and actions. And then he says these words, “Time offers so many opportunities, but never second chances” right before we see the playing card Queen of Hearts disintegrate into dust leaving only the letter “Q”.

Star Trek fans will know exactly what this means. While to the untrained eye it might just seem like an artistic choice to frame things this way, Star Trek Picard fans and lovers of the franchise as a whole know this is a reference to John de Lancie’s character Q and his imminent return to the franchise. It’s just the right time, bringing back such a unique character to aid Captain Jean-Luc Picard in what will assuredly be a very different kind of television season for the titular character.

Q returning to meet with the captain in Star Trek: Picard will likely mean quite a bit more in this season than in the past. For starters, the character refers to not only the single *man* played by the actor, but also the entire race of aliens he represents. This group has control of space and time, with the ability to manipulate them as they see fit. In the original show, Star Trek: The Next Generation, he used these powers more as an observer/ commenter, giving the show more of a comedic feel than a sense of world-shifting power.

But this next season of Star Trek: Picard will be something different with the titular captain undergoing a major transformation at the end of the first season. This change will play on the ideas of humanity and, from this teaser, will call into question if the whole mission around space was all in error. The real quest is the understanding of time. If Picard, whose consciousness is now uploaded in a look-alike body will apparently have the freedom to explore this very question. And Q will be right there to help guide him, or maybe get in his way. Such is the nature of the latter’s character. The series is set to debut in early 2022. 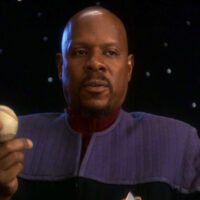 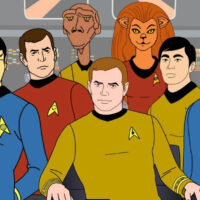