One of the stars of the Kelvin-timeline Star Trek series is set to feature in an upcoming new pandemic thriller.

Rachel Nichols has just been cast in the upcoming pandemic thriller Dark Night of the Soul. Nichols has previously starred in 2009’s Star Trek and G.I. Joe: The Rise of Cobra. Dark Night of the Soul comes to us from writer-director SJ Creazzo and tells the story of a scientist who gets in a car crash. As she is trapped, she has to survive and find a way back to civilization. The stakes are even higher since she is the scientist who holds the key to curing a devastating pandemic.

Dark Night of the Soul is produced by Dreamality Entertainment and will be funded by mostly private sources and companies. Rachel Nichols and the rest of the cast and crew are expected to start production in fall in upstate New York. We won’t have long to wait to see Nichols in her next project though. The actress is set to appear in the upcoming Netflix horror film The Last Will and Testament of Charles Abernathy. The movie will tell the tale of a billionaire inviting his estranged children to his estate on his 75th birthday. He believes that someone or something wants to kill them and he puts his inheritance on the line to get their help. Alongside Nichols, the movie stars Peyton List, Austin Stowell, Bob Gunton, David Walton, Brianna Middleton, Reese Alexander, and Chris Wood. Alejandro Brugues directs with a script by Chris LaMont and Joe Russo.

The Last Will and Testament of Charles Abernathy is expected to come out before the end of the year, but you don’t have to wait that long to check out Rachel Nichols in one of her roles. She appeared in the ABC dramedy A Million Little Things which just wrapped up its fourth season in May. The show follows a group of friends who decide to live fuller lives after a friend unexpectedly passes away. She also appeared in the 2021 film Demigod, which followed a woman and her husband returning to her birthplace in Germany’s Black Forest after her grandfather dies. They find a terrifying secret there instead. Demigod was directed by Miles Doleac who also co-wrote the script with Michael Donovan Horn. Nichols co-stars with Sherri Eakin, Sarah S. Fisher, Lindsay Anne Williams, Elena Sanchez, Christian Stokes, Yohance Myles, Miles Doleac, Jeremy London, and more.

While we don’t know exactly when Rachel Nichols’ new Dark Knight of the Soul is coming out, you can actually see Nichols deal with a pandemic in an earlier project of hers. In 2016, she starred in Pandemic, which told the story of a New York doctor traveling with her team to Los Angeles to find survivors of a worldwide pandemic. Nichols starred alongside Alfie Allen, Missi Pyle, Mekhi Phifer, Paul Guilfoyle, Danielle Rose Russell, Pat Healy, Robert Lewis Stephenson, and more. John Suits directed the film with a script by Dustin T. Benson. While most of us are probably tired of hearing news about real-world pandemics, it’s always nice visiting a fictional world where one scientist has a magical cure-all for the virus, and it looks like Dark Night of the Soul and Pandemic should both scratch that itch. Stay tuned for more news.

The Best Star Trek: Voyager Episode According To IMDB 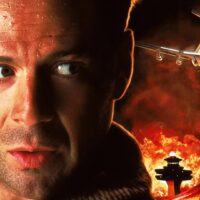 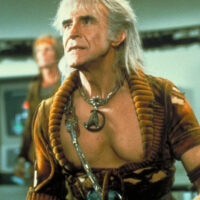 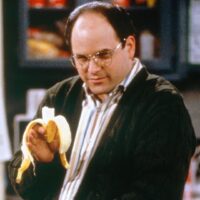 Seinfeld’s George Was On Star Trek, See Who He Played