A Star Trek Icon Has Died

An icon of the Star Trek franchise passed away last month, leaving behind a career in Hollywood during the 1960s. Deadline is reporting that Laurel Goodwin has died at the age of 79 years old. Goodwin’s sister made the original announcement that the former actress had passed away on February 25th in California.

Among fans, Goodwin is remembered for having starred in the original, unaired Star Trek pilot, “The Cage”. She was the last remaining cast member from that episode. While for some shows this would have been a forgotten moment in television history, these are Star Trek fans we are talking about and Goodwin had become somewhat popular among that fan crowd. She would go on to appear at conventions and other events over the years while also speaking about her time on the show.

In the Star Trek pilot, Laurel Goodwin played Yeoman J.M. Colt. That version of the show starred Jeffrey Hunter as Captain Christopher Pike. And Leonard Nimoy did hold down the original role of Mr. Spock. The original Star Trek pilot episode was originally shot in 1964 (and into 1965) though NBC opted to not pick the show up at the time. Some scenes from the episode ended up being repurposed when they rebooted the series into its iconic form with William Shatner taking over the lead role.

While that version of Star Trek wasn’t picked up, Laurel Goodwin had told StarTrek.com (via FanSided) that she had assumed that when the second pilot came around she would be able to reprise her role. That ended up not being the case and the actress said that she was “devastated” to learn that she wouldn’t be coming back.

The Star Trek appearance was far from her only role on the big screen though. Laurel Goodwin would appear in a number of different productions during the 1960s. Prior to landing the role in the pilot, Goodwin made something of a breakthrough on the scene when she starred with Elvis Presley in Girls!, Girls!, Girls! in 1962. In that film, she plays the love interest of Elvis’s Ross Carpenter, who is torn between a couple of different women and owning a boat. It’s about what you would expect.

Not stopping there, Laurel Goodwin also starred alongside Jackie Gleason in Papa’s Delicate Condition. She played Gleason’s daughter in a story about an odd man who tips back a few too many and goes on to buy an entire circus just to fulfill his daughter’s wish to have a pony.

After that film, Laurel Goodwin would land a number of other smaller roles on the big and small screen including Stage to Thunder Rock and The Glory Guys before landing the role of Colt on the ill-fated Star Trek pilot. She would also go on to have smaller roles in Get Smart and The Beverly Hillbillies. While she would retire from the screen in the early 1970s, she did go on to have a number of different production credits in later years. Ultimately she began a career in home nursing. Laurel Goodwin will forever be part of Star Trek lore and she will be missed. 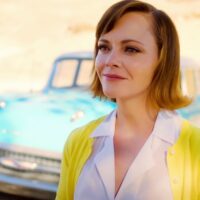