A new Star Trek series in the horror genre is being developed for Paramount+.

Paramount Pictures is developing a new Star Trek series in the horror genre, in the mode of the Alien franchise of films. According to our trusted and proven sources, Paramount is looking to expand its Star Trek roster of shows into strange new areas, which includes a horror turn for the beloved science fiction franchise. This is a direction that Star Trek has rarely moved into, which makes for the exciting potential of new horror-oriented stories.

In recent years, Paramount has been ramping up its slate of Star Trek shows and moving into some other genres that it previously has not explored. Star Trek: Lower Decks explores the lives of the non-command staff on a Starfleet ship through a comedic lens, while Prodigy is the first child-oriented show in the franchise so far. It makes a lot of sense that Star Trek would be going to the ever-dependable horror well at some point, given the historical crossover of science fiction and scary stuff.

For the most part, Star Trek has usually portrayed a utopian future of exploration and diplomacy or at least one in which humanity is striving for these things (the occasional bleak Picard notwithstanding). It will be interesting to see how Star Trek reconciles that general tone with horror, but, on the other hand, it is a pretty good setup for scariness to have cheerful people encounter terrible, horrible things. In this circumstance, it would just be terrible horrible things, in space.

It will also be very interesting to see how Paramount presents a Star Trek show with Alien-style horror. The Alien franchise is one of the cornerstones of body horror in science fiction, with the titular Xenomorphs famously being inspired by Swiss artist H.R. Giger’s psychosexual nightmares and reproducing via chest-exploding hatchlings. Even describing that is more graphic than Gene Roddenberry’s franchise usually gets, but this could be a bold new step for the series.

Star Trek’s flirtations with horror have usually been with the Borg, the cyborg species bent on universal assimilation first introduced in the Next Generation episode “Q Who.” There has always been an element of body horror to the Borg, most unnervingly displayed in the First Contact film in which the previous pale, black-clad drones were reenvisioned as slimy, corpse-like, and reproducing primarily via injected nano-bots. While there is no guarantee that this developing Star Trek horror show would involve the Borg, it would seem like a prime potential element.

Star Trek has also tended to depict anthropomorphic aliens like Vulcans and Klingons (in part no doubt due to the budgetary and narrative constraints of television), so it will also be interesting to see how it approaches more horror-like aliens. In Strange New Worlds, it was recently revealed that the Gorn species (that’s the lizard guys who Kirk fought in a classic Original Series episode) can reproduce by laying eggs in other species, so that is a gimme for the writers of the show right there.

Presumably, this new Star Trek show will air on Paramount+ like all new shows in the franchise, and hopefully will have a title and release date soon. 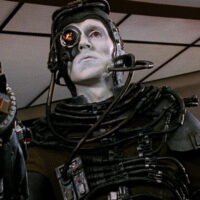 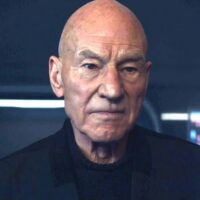