Discovery Season 5's director has hinted that the show will engage in more time travel, potentially back into the past.

Following the events of Season 4, we know that for Star Trek: Discovery Season 5, the galaxy and universe are in a bit more harmony now that Michael Burnham and company have defeated the Dark Matter Anomaly and even helped restore Earth to the Federation. It was a 31st Century win for the crew who’ve been operating way in the future after the events of the second season.

Taking the timeline up hundreds of years has opened a bunch of new stories within the Star Trek universe. For the most part, Leonard Nimoy and William Shatner would have been proud here.

DISCOVERY WILL RETURN IN EARLY 2023

The show has been officially confirmed to come back for a fifth season but a specific release date has not yet been announced. Paramount has indicated it’ll arrive some time in early 2023.

While details around Star Trek:  Discovery Season 5 are pretty light at this point, there are a few clues out there about what could go down in this run of stories.

Director Olatunde Osunsanmi who helmed the first two and final episodes of the last two seasons (plus the penultimate episode in Season 4) did share a few details on what could go down this time around (via Digitalspy). While it’s unclear if they will visit the Gamma Quadrant or other familiar locations from Star Trek past, it does look like there could be some further time travel pieces in this series.

We know the crew and ship already jumped ahead nearly 1,000 years into the future following the events of Season 2. In an interview with ScreenRant, Osunsanmi mentions that while it might not be strict time travel, the show will “…go back into the past to get further into the future.” How that unfolds is anyone’s guess at this point, but they’ve felt fine playing with time before.

MOST OF THE CAST WILL RETURN, BUT MAYBE NOT TILLY

Based on the ending of Season 4, we can assume most of the cast of the show will return for Star Trek: Discovery Season 5. That of course means another story for Sonequa Martin-Green’s Michael Burnham, who is notable for being the first black female lead of a Star Trek property in the franchise’s history.

The last two seasons of the show jumped way forward in the timeline after her story dovetailed with Anson Mount’s Christopher Pike over on the Enterprise. But the events in the end of the second season saw the Discovery crew jump into the future in order to safeguard their hard-won data from the malevolent AI, Control.

Also along for the ride should be the other main cast including David Ajala’s Book who’s had a romantic relationship with Burham. And, of course, we should get Doug Jones as Saru, Anthony Rapp as Stamets, Wilson Cruz as Hugh Culber, and Blu Del Barrio as Adira Tal.

It’s unclear what will happen with Mary Wiseman’s Sylvia Tilly following the end of last season when she leaves to join the Academy. We could see her as part of some stories, though likely not among the main cast because of the move.

And in addition to the cast, the creatives should remain the same for Star Trek: Discovery Season 5 as well. Alex Kurtzman has been at the head of this show as well as Star Trek: Picard and Star Trek: Strange New Worlds, and along with Akiva Goldsman has helped shape this Paramount+ group of Star Trek offerings. Season 5 is likely to bring back Michelle Paradise as well who came on board as co-showrunner starting in Season 3.

This is the time-honored debate within the Star Trek universe isn’t it? How will the fans react to a new story or new series? It’s been something of a debate over recent years, especially where the Akiva Goldsman and Alex Kurtzman-led shows are concerned. In fact, a weird disconnect seems to have happened between critics and fans when it comes to these shows.

Great, right? Critics love it. Done and done. Not so fast. The 36% Audience Score tells a much different story, with a major gap between what critics enjoy and what fans ultimately want from the series.

And Star Trek: Discovery Season 4 only widened the gap here. On Rotten Tomatoes, the show is sitting at 93% with critics with the Audience Score just a paltry 20% through more than 700 “reviews”.

That’s such a weird disaster and in some ways calls into question what is happening here. Is it the vocal minority that’s out there voicing disapproval? Could be. Because weirdly, the viewing number through the first four seasons (or at least the first three which were actually reported) were strong for Paramount.

It consistently ranked among the most-watched and most-pirated (a good clue for popularity) shows on the internet.  Will Star Trek: Discovery Season 5 suffer the same “fate”, such as it were? It will be interesting to see how it plays out. 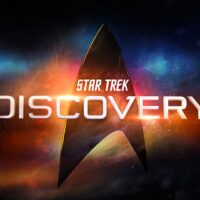 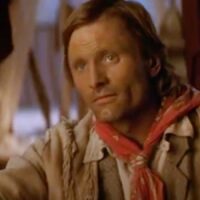