Star Trek: Discovery is heading into its fourth season on CBS All Access and has given folks plenty to get excited about over the years. It’s taken the franchise into somewhat uncharted waters in the short term and continues to push certain boundaries. They’ve played liberally with timelines and interwoven past Star Trek canon into the mix with how the characters even relate to the original. And now we know (via We Got This Covered) that one of those “original” characters will be coming back. Spock will be returning to the mix for the fourth season.

Ethan Peck’s Spock hasn’t been seen on Star Trek: Discovery since Season 2. But with the Discovery going into the future, it was unclear if there would be anymore overlapping of the previous characters who had basically been cast from those original episodes. But according to this latest rumor, it appears very much the plan to keep them in the fold at least in some respect.

And it makes sense, from Star Trek: Discovery’s point of view, to keep these characters like Spock around both in the world and for the franchise as a whole. For starters, Sonequa Martin-Green’s Michael Burnham has a clear connection with the famous Vulcan which was established early on in the show’s run. That connection could deepen if they continue to interweave stories from other projects. Because the franchise is expanding into a new show, Star Trek: Strange New Worlds which is kicking off its first season in the near future. That will feature both Ethan Peck as well as Anson Mount reprising his Christopher Pike role. The Star Trek universe is only expanding.

Star Trek: Discovery has been a moderate hit for CBS All Access since premiering back in 2017. Over its 42-episode run, the show has earned high praise from critics because of its story, the clear connections to the original Star Trek stories (it is set a decade before the events of the original show), and Martin-Green’s starring role.  It was an important initial show for the streaming platform and helped initially grow the subscriber base.

The renewed interest among Trekkies has led to franchise growth in the short-term. In addition to Star Trek: Discovery and the upcoming Strange New Worlds, Picard starring Patrick Stewart, reprising the titular role, has also been a hit. There could be plans in the future to interconnect all of these shows. Plus with CBS All Access planning a rebound to Paramount Plus in the near future, there could be more movies worked into the mix as well. This thing is only growing.

Moving into the fourth season, Star Trek: Discovery isn’t just going to reintroduce us to characters like Spock. They’ll also have a new villain, possibly in the non-corporeal vein, one that could cause more of an existential threat than a physical one. It’s another cool turn for a show which has fans buzzing. With rumors flying in lately and both a fourth and fifth season already planned, there will be even more news as production ramps up. It’s shaping up to be an event and filming should wrap up by early summer for a fall release. 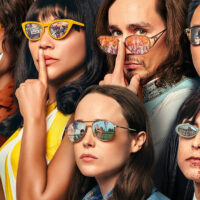 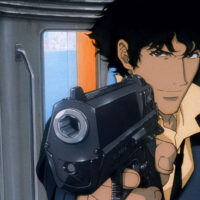