Star Trek 4 director Matt Shakman seems as though he has abandoned the final frontier for Marvel's Fantastic Four.

Following several different iterations of Star Trek 4, the film has hit another major snag. Matt Shakman, who was set to direct the project for Paramount, has dropped out due to scheduling conflicts as he prioritizes Marvel Studios’ Fantastic Four. Known for his work on the Emmy-nominated WandaVision, the former child actor wasn’t always the first choice for the superhero offering. Spider-Man: No Way Home’s Jon Watts left the project in April, saying he needed a break from super-people.

But for Shakman, the Marvel Cinematic Universe is still new territory as he spent most of his career working on episodes of It’s Always Sunny in Philadelphia, Succession, Game of Thrones, Fargo, Mad Men, Ugly Betty, and Everybody Hates Chris. After the success of WandaVision made him one of the most in-demand directors in Hollywood, he quickly signed on to helm the Star Trek movie in July 2021. The most recent version of the script comes from Josh Friedman and Cameron Squires. They are working from a draft from Lindsey Beer and Geneva Robertson-Dworet, according to The Hollywood Reporter.

Star Trek 4 was a top priority at the Melrose Avenue-based studio, with a release date of December 22, 2023. And following Shakman’s departure, Paramount issued a statement thanking him for his contributions and reiterating their commitment to the space adventure project. “Matt is an incredibly talented filmmaker, and we regret the timing didn’t align for him to direct our upcoming Star Trek film,” Paramount Pictures said. “We are excited about the creative vision of this next chapter and look forward to bringing it to audiences all around the world.”

Paramount’s Star Trek 4 has been in development since 2015, as the studio hopes to reunite Chris Pine and the crew of the rebooted Enterprise that was first introduced in 2009’s Star Trek. According to The Hollywood Reporter, Zachary Quinto, Simon Pegg, Karl Urban, Zoe Saldaña, and John Cho are among the stars, with the crew most recently appearing in 2016’s Star Trek Beyond. Quentin Tarantino and Noah Hawley were previously among the filmmakers who had other takes on the project before the studio opted to go forward with a fourth installment to the Pine series of films. A search for a new director will begin immediately. It remains unclear if the release date will change.

While Marvel has dominated the big screen, Star Trek has primarily lived on television with several streaming shows on Paramount+. However, executives at Paramount’s investor day said the company was focused on creating franchises that lived on the streaming platform and the big screen. While Star Trek 4 struggles to find its feet, Kevin Feige told San Diego Comic-Con that a new movie featuring Marvel’s first family is coming to theaters on November 8, 2024. It’s the first of three films planned for Phase Six, with two new Avengers movies set to follow.

Over the years, The Fantastic Four has received various adaptations, including Tim Story’s 2005 movie which starred Ioan Gruffudd, Jessica Alba, Chris Evans, Michael Chiklis, and Julian McMahon. It was followed by a sequel, Fantastic 4: Rise of the Silver Surfer in 2007. The title was rebooted in 2015 but the movie was slammed by fans and critics. With the former Star Trek 4 director on board to lead Kevin Feige’s latest version, fans are in for an iconic adventure. 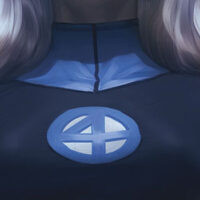