Star Trek 4 has been dropped from Paramount's release schedule.

The future of the upcoming Star Trek 4 starring Chris Pine has suddenly come into doubt. Per The Hollywood Reporter, the long-developing Star Trek 4 movie has been abruptly dropped from Paramount’s release schedule, which is rarely a good sign for a film. Star Trek 4 had previously been listed as going to theaters on December 22, 2023, but now is in a kind of production limbo.

While not exactly expected, it is not an enormous surprise that Star Trek 4 has been removed from Paramount’s release schedule. The movie has had quite a number of setbacks during development, the most recent being the defecation of director Matt Shakman to join the upcoming Marvel Cinematic Universe Fantastic Four reboot. Reportedly, Paramount immediately started looking for a replacement director, but it would appear the studio’s confidence in being able to make the announced release date has been shaken.

Even before Matt Shakman left Star Trek 4, the development of the film has been noticeably fraught. As one would expect for a known and profitable franchise, Star Trek 4 was announced before the last installment, Star Trek Beyond, was even released, with J. D. Payne and Patrick McKay (who now are showrunners of Amazon’s Lord of the Rings: The Rings of Power) set to write it. At various points, Paramount announced that Star Trek movies were in development with Quentin Tarantino directing, then Noah Hawley directing, and a whole slew of writers coming and going.

It is also worth noting that the actual stars of Star Trek 4 have seemed unsure whether they were going to be in the movie or not. Chris Pine, Karl Urban, Zoe Saldana, and others have tentatively been announced to star in the film (and we previously reported that Bryan Cranston was in talks to star as the villain), but this throws all of that into question. At this point, Chris Pine has been starring in spy thrillers for Amazon and the upcoming Dungeons & Dragons film, Karl Urban hit it big as one of the leads of The Boys, and Zoe Saldana has the power of the Avatar franchise on her side.

That all makes it increasingly uncertain whether Paramount will be able to get the Kelvin timeline crew back for Star Trek 4 (and whether the studio would be willing to shell out doubtlessly higher and higher salaries). Considering the direction of the Star Trek franchise seems to be moving to develop more shows for the Paramount+ streaming platform rather than produce expensive, risky feature films, the schedule change might not be a good sign.

We also recently reported that Star Trek 4 would introduce an updated and recast version of the Next Generation Enterprise crew, with an eye to spinning them off into their own new film franchise. This also throws that into doubt, though it is not a confirmation that there are no plans to try to pull the same Kelvin-style trick and have a new timeline to utilize recognizable character names. We will just have to see whether Paramount Pictures can get it together at some point. 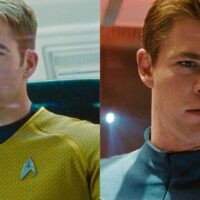 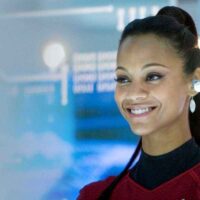 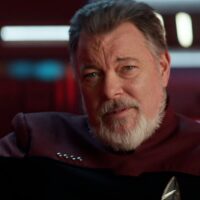 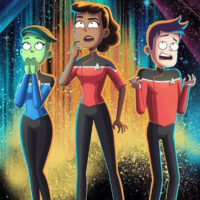