Marvel has found just the right actress to bring Squirrel Girl to life! The fan-favorite superhero is getting her own podcast series, and the actress voicing her will not only sound familiar, you’ll likely recognize her face as well. In an exclusive report from Jennifer Maas of Variety, the scripted podcast will feature Milana Vayntrub in the lead role of Doreen Green (aka Squirrel Girl), and will continue the storyline of the Marvel comic series.

You’ll likely recognize Milana Vayntrub as the face of AT&T’s cellphone ad campaign. The new Squirrel Girl has also appeared on This Is Us and the horror film Werewolves Within. She will be joined by actors Crystal Lucas Perry (as Nancy Whitehead), Leo Sheng (as Koi Boi), Davied Morales (as Chipmunk Hunk), Erica Schroeder (as Tippy T. Squirrel), Tina Benko (as Rachel Oskar) and Peter Hermann (as Brain Drain).

Marvel’s Squirrel Girl: The Unbeatable Radio Show will be a six-episode podcast series from SiriusXM that debuts today across multiple platforms. The series is written by Ryan North, who created Squirrel Girl and wrote the Marvel comic book series throughout its four-year run. The final issue was published in 2019, but the character has remained popular ever since, with fans enjoying its light, fun-loving tone and empowering lead character. It was particularly popular with young girls, opening up a new audience to Marvel Comics.

The premise of the series continues the comic book storyline, in which Doreen Green has been outed as the secret identity of superhero Squirrel Girl, much like Peter Parker’s situation in Spider-Man: No Way Home. In an attempt to balance her superhero life with her personal life as a student at Empire State University, Doreen starts her own student show at the college’s radio station. She hopes to dispense some superhero advice to callers, but when an unknown villain calls in, and then steals a Vincent Van Gogh masterpiece, Squirrel Girl and the gang are forced out of the radio booth and into action.

The YouTube trailer for the podcast series features cameos from some classic Marvel villains including the Vulture and the Scorpion, long-time Spider-Man foes. Marvel also teases possible appearances by Spider-Man and Iron Man, although that is not yet confirmed. Creator Ryan North told Variety that the podcast series will carry the same tone as the comic book series, but will be accessible to new listeners. “If you had been reading the (comic) book for five years, this picks up right where it left off,” he said. “But if you have not, you’re not going to show up and feel like you’ve missed something or you’re lost or you’re just clueless as to what’s happening.”

This isn’t Milana Vayntrub’s first go-round as Squirrel Girl. She voiced the character in the Marvel Rising animated film and digital shorts. She also portrayed the character in Marvel’s New Warriors, the live-action Marvel television pilot that was originally supposed to air on Freeform in 2018 but was later canceled and never broadcast. The pilot would have been set in the Marvel Cinematic Universe (MCU) and would have featured characters including Mister Immortal and Debrii. Reports said Marvel executives found the show’s LGBTQ content too much for viewers.

Fans will be able to access Squirrel Girl episodes early, as well as bonus content, by subscribing to Marvel Podcasts Unlimited on Apple Podcasts. Early access to episodes is also available on the Sirius XM app. Those two platforms will have episodes exclusively for one week, which will then become available on other podcast platforms, including Pandora and Stitcher. 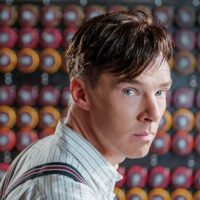 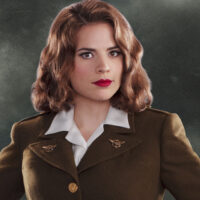