A Spider-Verse sequel was guaranteed to happen after the enormous critical and financial success of Spider-Man: Into the Spider-Verse. However, no one expected such a move to happen in the realm of live-action Spidey movies. Well, according to a recent scoop, that is exactly what is happening.

According to the above rumor, a Spider-Verse live-action movie is moving forward at Sony and Marvel. The plan is apparently to bring together all the live-action Spider-Men – Tobey Maguire, Andrew Garfield, and Tom Holland – and join the entirety of the Spider-Man movies into one collective universe. This would certainly track with the recent news of Jamie Foxx returning as Electro in Spider-Man 3. Not to mention the appearance of J. Jonah Jameson in Spider-Man: Far From Home. There is more than a little credence to this scoop considering the official news we have coming out of the Spider-Man universe.

What is really shocking and exciting about this news is that Sony/Marvel is apparently courting none other than original Spider-Man trilogy director Sam Raimi to helm this live-action Spider-Verse outing. Could this have been part of the reason Marvel Studios wanted to nab him for Doctor Strange in the Multiverse of Madness? A director as kooky and unhinged as Raimi makes sense for multiverse shenanigans, and it’s possible that Marvel is so happy with his work on that project that they want to give him a chance to return to the comic book character he turned into a blockbuster icon.

It would also be poetically beautiful to have Sam Raimi return for this Spider-Verse movie since he did not get to leave the Spider-Man franchise the way he wanted to. Spider-Man 3 was a highly compromised production – Raimi did not even want to include Venom in the movie but was forced to by the studio – and it ended Raimi’s trilogy on a fairly sour note for both audiences and the creative forces involved. Having him get a chance to deliver a more definitive and beloved end to the Spider-Man universe would just be awesome.

The same goes for Tobey Maguire and Andrew Garfield. Both actors delivered excellent portrayals of their characters but were not always in the best possible movies to showcase their talents. This is especially true for Andrew Garfield. It would be wonderful if this live-action Spider-Verse film gave them the opportunity to end their tenures as Spider-Men on a high note.

It isn’t clear how this live-action Spider-Verse movie would intersect at all with the announced animated sequel that is scheduled for October 2022. What the scoop does say is that Marvel Studios head honcho Kevin Feige will be taking a much more active role in all future Spider-Man movies, including this live-action multiverse mashup. It sounds like the plan is to consolidate the Spidey movies into a more cohesive unit that will better fit in with the larger plans of the Marvel Cinematic Universe.

This Spider-Verse scoop is utterly nuts and we hope it’s 100% true. Superhero cinema can certainly use a jolt of insanity and this idea sounds like the right kind of crazy. We will be keeping our eyes and ears peeled for any more potential updates about this project because it sounds like such an amazing possibility. 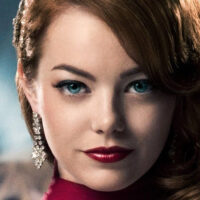 Emma Stone To Play This Superhero 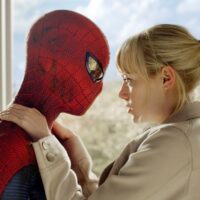