Sony’s new licensing deal with Netflix replaces the one the studio previously had with Lionsgate’s Starz streaming service, which dates back to 2005, as reported by Deadline. This provides Netflix with an exclusive window for Sony films, which are confirmed to stream exclusively on Netflix following each theatrical release. That implies a short waiting period between theatrical and streaming releases, but given the industry’s shift to a direct-to-streaming approach, it wouldn’t be surprising if Sony Picture Entertainment followed.

It’s worth noting that several streaming services showed interest in purchasing the rights Netflix won the bidding war, prevailing with an offer of $1 billion over four years. Unfortunately, apart from several titles and a few details, no terms are officially disclosed at this point. Be that as it may, upcoming titles like Morbius, Bullet Train, and Where the Crawdads Sing will definitely appear on Netflix sometime after their theatrical releases, but before reaching other platforms. That’s right, Netflix gets the first look into all of Sony’s direct-to-streaming titles, followed by the requirement to commit to a certain number of said titles. Still, it grants Netflix the “first pick” rights and rights to an unspecified number of older titles from Sony.

This agreement promises to bring future installments of Spider-Man, Jumanji, Venom, and many other franchises and titles as Netflix exclusives in a pay-one window that implies a certain amount of delay between theatrical and streaming release. However, due to the ongoing pandemic and lockdowns that closed movie theaters across the country, Sony might either speed up the timetables for streaming releases or relinquish theatrical releases altogether in favor of exclusive streaming services.

The newly-formed pact will significantly benefit Netflix, which faced some rough time from its investors over the concerns of losing Marvel and Pixar films. The addition of the Spider-Man movie franchise and Venom, which is soon to get a sequel, will undoubtedly attract more subscriptions. This is especially true when you consider how well the first Venom performed at the box office. It’s also a significant plus for Sony, which has no proprietary subscription services and has to rely on third-party streaming.

Output deals, like the one between Netflix and Sony, generate hundreds of millions of dollars a year for studios. For over a decade, deals like these were economic cornerstones for many media suppliers. However, the economic shift affected the pay-one windows, which reduced significantly time-wise, and deals made five years ago don’t yield the same fruit as they did before the pandemic. Movie studios are investing in proprietary streaming services as a way of keeping the revenue in-house, with third-party streaming agreements becoming shorter and more lucrative by the day, leveling the playground for big players. Luckily, there’s always a service like Netflix to disrupt the entertainment world every once in a while. 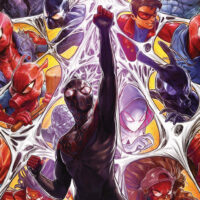