It was recently announced that Spider-Man: Across the Spider-Verse was sadly going to be delayed a nearly full year. That crushing delay left a lot of fans obviously bummed, considering the first film was so spectacularly made. With the announcement delay, there were many wondering why it was going to take so long for the animation team to deliver this anticipated sequel. Well, new details have emerged at CinemaCon, which point to a huge reason as to why the delay has happened. The new details should also provide fans with more than enough excitement to get them through these next eight months. There are going to be a reported six universes and a staggering 240 Marvel characters in the new film. There have been further details relayed via footage at CinemaCon too. You can see the announcement below:

One of the main things of note in the above Twitter post is that there is a fight happening with Spider-Gwen, Spider-Man 2099, Jessica Drew, and The Vulture. Who is Jessica Drew? That is none other than Spider-Woman herself. Her pregnancy is a very interesting detail. Also, it appears that the Spider-Man 2099 aka Miguel O’Hara might not be a villain after all. It has already been confirmed that Shameik Moore (Miles Morales), Hailee Steinfeld (Spider-Gwen), Jake Johnson (Peter B. Parker), and Oscar Isaac (Spider-Man 2099) will reprise their roles as the Spider-People. Issa Rae will be taking on the voice role for Jessica Drew. There are rumors that the Japanese Spider-Man will also be making an appearance in the sequel.

With this many characters, one might wonder if it’s too much. However, if Space Jam can do it, Spider-Man: Across the Spider-Verse certainly can. Granted those characters during the final basketball match of Space Jam were just shown in the crowd, there could be more involved characters in this new multiverse expansion of the Spider-Man animated story. Nicolas Cage appeared as Spider-Man Noir and John Mullaney appeared as Spider-Ham aka Peter Porker in the original film. This could mean that the sequel will be [pulling out all the stops for even more high-profile actors to break into the Spider-Man world. If Sony is taking any suggestions, maybe add Keanu Reeves to the equation. Everyone would love it. Trust us.

Adding another eight months of animation, voice acting, and general filmmaking time sounds about right. It may have been a huge disappointment to have to wait until spring of next year to see Spider-Man: Across the Spider-Verse, but now it all makes sense. This is clearly going to be an ambitious film. Even more so than the original. That ambition clearly paid off, as Spider-Man: Into the Spider-Verse landed Best Animation at The Academy Awards and has become one of the most talked-about Spider-Man films ever.

Spider-Man: Across the Spider-Verse will officially make its debut on June 2nd, 2023. It may seem like a ton of time to wait, but it sounds as if that wait will be worth it. The much-needed delay had better wield some more epic cameos. The first film was chock full of them, but now there are a reported 240 characters to choose from. 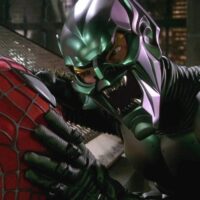