Spider-Man: Freshman Year – Will Tom Holland Return For The Prequel?

Spider-Man: Freshman Year will air on Disney+ and will be in an alternate timeline from the Tom Holland Homecoming version of the character

Spider-Man: Freshman Year is just the kind of web-slinging story we need right now. See, last fall, the Marvel Cinematic Universe and Sony teamed up to finalize one of the truly great trilogies we’ve seen in quite some time. Tom Holland, Jon Watts, and the rest of the Spider-Man crew completed the Homecoming story arc in truly brilliant, and at times, heartbreaking fashion. It was a cinematic feat on a number of different levels, essentially checking every box for the character, the Holland version, and the other Peter Parkers we’ve had in the past.

While the future for Tom Holland isn’t necessarily certain in the Marvel Cinematic Universe, or Sony’s Spider-Man Universe, we are going to get another story in this arc, though it will be a bit different than what’s come before.

TOM HOLLAND WILL NOT BE BACK FOR THIS SERIES

This is likely to be the biggest question fans want to be answered before the series hits. Will our favorite Peter Parker (is he your favorite? He should be) return to voice the character he played masterfully on the big screen? As of this writing, that had not been confirmed, and might not be for some time. Frankly, Tom Holland coming back for this series, if it happens at all, would likely coincide with other decisions about his long-term viability as the character for Marvel and Sony.

He’s been non-committal about the prospect so far even intimating that he needed a break after No Way Home. That makes perfect sense. Holland has been about as high-profile as they come with his turn through the Marvel Universe, so wanting to step away from the character for a bit is totally reasonable.

Does Marvel need him to return to Spider-Man: Freshman Year in order for it to happen? No, but they’ve been consistent with this kind of thing (when possible) with their animated offerings so far.

SPIDER-MAN: FRESHMAN YEAR WILL BE AN ANIMATED SERIES

Unlike the other Spider-Man movies we’ve gotten so far, Spider-Man: Freshman Year is going to actually be an animated series. Going back in time, the story will look at how Tom Holland’s version of Peter Parker came about his Spidey skills the first time around.

Remember, in the Marvel Cinematic Universe, we first came about Peter Parker in Captain America: Civil War when Robert Downey Jr’s Tony Stark tracks him down in Harlem and basically quietly outs him for being the web-slinger. At this point in the narrative arc, Parker has already been up to his crimefighting tricks for a little bit, though it’s Stark who calls on him for help in the battle against Steve Rogers.

Spider-Man: Freshman Year will go back in time a year from the start of the Homecoming trilogy which sees him as a sophomore at the Midtown School of Science and Technology. Each subsequent movie installment saw him in a different grade in high school, culminating in some college acceptance issues. Freshman Year will tell the story of how Peter Parker ended up with those powers, what it was like in his early days as Spider-Man, and give us some of the standard comic book background for this particular character.

SPIDER-MAN: FRESHMAN YEAR WILL BE AN ALTERNATE TIMELINE

Of course, this is going to be an origin story for Peter Parker and we will get to see how he originally got the spider bite that ended up defining his fate as a teenager and really as a person.

There’s some chance we also learn more about his friendship with Ned (Jacob Batalon) and also how exactly he came to live with Aunt May (Marisa Tomei). The movies were careful about really not going much at all into Peter’s past, choosing to pick up almost mid-stream around his timeline and story.

It was a different approach than many other comic book and superhero properties but was fine in this respect because even without specifics we have a pretty good idea of what went down with Peter, at least in the broad strokes.

We do know that this is an alternate timeline than what we saw in the Avengers/ Homecoming timeline and will feature a story in which Peter is mentored by Norman Osborn instead of Tony Stark. That will lead to all different stories in this new universe.

As with all Disney+ shows, Spider-Man: Freshman Year will run 10 episodes in its first season. The first season piece is the applicable labeling too because we don’t know if this will be a one-and-done. Presumably, if the streamer found success with the offering then we could definitely see more stories, and there’s no reason to cap the initial arc as compromising the entirety of the titular school year.

They could definitely extend this out and have the year go over a number of different seasons. No reason to be quick with this story, especially around such a time-honored and popular character.

JEFF TRAMMELL IS LEADING THE SHOW

Jeff Trammell has been tapped as the show’s head writer and is said to be handling the script for this series. Disney+ has been consistent with this as an approach for their other series, often tapping one writer to lead the room who also handles the scripts for more than a few episodes. And there’s been work to keep directing duties consistent as well, though it hasn’t always worked out perfectly with that.

Trammell comes to Spider-Man: Freshman Year after having worked in the writer’s room for Craig of the Creek on Cartoon Network. The critically acclaimed series has a superhero leaning to it as well though this was more of the imaginative space seeing as how Craig and his friends have their own little kingdom along the creek in which they play.

The plan is for Spider-Man: Freshman Year to air on Disney+ with the other Marvel Cinematic Universe offerings. The studio has been non-committal about the exact timeline, but a 2023 release would make sense. That part remains to be seen thought.

Unlike other MCU properties, since this one is going into the past, and we know how the next three years of Peter Parker’s life turned out, there isn’t quite the sense of urgency as with other projects. In this way, it’s more of a standalone project that can come along at almost any point.

That being said, with the popularity of the character and considering the massive box office gains from No Way Home, one would think the studio would want it to hit the streamer sooner than later. 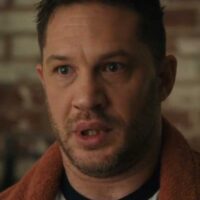 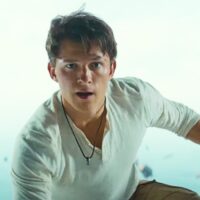 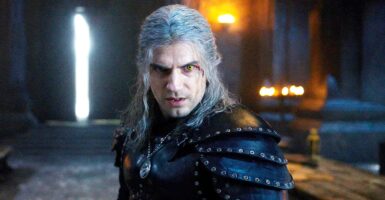 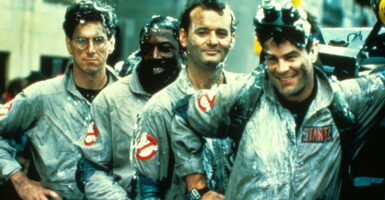 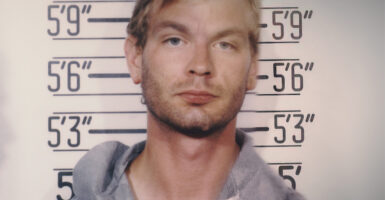