Spawn creator Todd McFarlane says Joker's Scott Silver and The Falcon and the Winter Soldier's Malcolm Spellman are on board to write the Spawn reboot movie.

A new hero is about to shine on the big screen. According to THR, a new Spawn movie from Blumhouse is on its way with Joker’s Scott Silver and Falcon and the Winter Soldier’s Malcolm Spellman teaming to write the superhero project. The Spawn movie has been in development at Blumhouse since 2017.

Actor Jamie Foxx is still attached to star in the project. The Spawn movie is based on Todd McFarlane’s comic book character created in the early 90s. McFarlane himself has eyed the director’s chair and previously wrote a draft of the script.

McFarlane released an update yesterday on his social media regarding the Spawn movie. He revealed that his followers would expect to hear more news soon, obviously teasing the news of Silver and Spellman. It’s been 15 years since the first Spawn movie was released in theaters.

For those who have waited patiently for the Spawn movie, your patience is finally being rewarded. It seemed like development of the project had been going on forever, with McFarlane giving cryptic updates now and then. Fans may remember that in March 2022, McFarlane told Comic Book that everyone involved was “rowing in the same direction,” and he’d asked fans to “just wait.”

With things finally moving along, it’ll be interesting to see how audiences react to a superhero movie outside the MCU and DCEU. The superhero market right now is full, perhaps too full for its own good. The Spawn movie has to somehow stand out in a very crowded space and present a very different look of the genre.

Can it do that? Well, history says otherwise. The 1997 Spawn movie starring Michael J. White wasn’t a box office juggernaut by any means. The film only grossed $87.9 million worldwide against a production budget of $40 to $50 million. The film also received mixed reviews from critics.

Hopefully, this new Spawn movie can make more of a splash than the previous one. Production reportedly on it was supposed to begin on February 2018, but as you can expect, some issues prevented it from getting off the ground. Then on May 2018, it was announced that Jamie Foxx would star in the titular role.

Foxx has been attached to this project for over four years. Since being announced, the actor has killed vampires with Snoop Dog, returned as Electro, and teamed with Will Ferrell in a live-action animated comedy. What is taking this Spawn movie so long?

THR also noted that Marvel actor Jeremy Renner was attached to star in the Spawn movie at one point. As of this writing, it’s unclear if Renner will be involved in the project or not. All fans know is that Foxx will play the leading role and that all the teasing can hopefully finally stop.

But while the Spawn movie does have two talented writers, let’s not forget that this project was supposed to have been wrapped ages ago. There’s no telling what other roadblocks will get in Spawn’s way from every making back to the big screen. 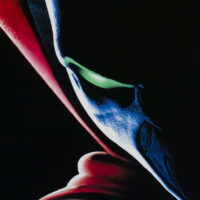 Spawn Reboot Finally On Its Way? 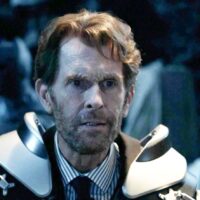 See The Joker Weep In A Touching Kevin Conroy Tribute 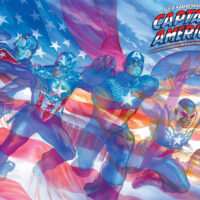 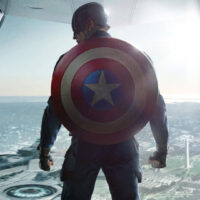