It seems the four space tourists who recently went to the International Space Station are going to have to extend their space vacation a little longer. Earlier this month, a SpaceX Crew Dragon spacecraft successfully launched three passengers and a former NASA astronaut into orbit. This marked the first time that an all-private crew funded by private companies went to the ISS. The mission was put together by SpaceX and Axiom Space and was meant to go for ten days. It looks like the mission has now been extended to about 12 days instead.

Fortunately, it looks like the private crew aboard the International Space Station isn’t too broken up about the development. In fact, during a live-streamed event where the crew answered questions from kids at NASA’s Space Center in Houston, they mentioned that they would be willing to go to the Moon next. While the Moon is a much bigger and costlier target than the International Space Station, this is undoubtedly the way that space tourism is heading. The crew members aboard the current mission around spent a whopping $55 million per person to head up to the ISS, so the cost of the Moon trip would presumably be a lot higher. Plus, there isn’t currently a spacecraft ready to take civilians to the Moon. So, it looks like these eager tourists will just have to enjoy the two extra space days they’re getting.

As of now, the private crew on the International Space Station is scheduled to undock on Tuesday and land in the Atlantic Ocean off the coast of Florida. A successful landing will mark the end of the first all-private, private-funded voyage and will help prove the possibilities of the rapidly developing space tourism industry. Axiom Space, one of the companies behind this mission, is even keen to develop a space station of its own. While visiting the ISS must be one of the coolest experiences out there, the station is designed for research, observation, and exploration. Presumably, the Axiom station will be designed with tourism in mind, making it quite a different experience than the ISS. Hopefully, they won’t be charging $55 million dollars a trip by then.

NASA has already approved Axiom for their next private space mission, so clearly, the collaboration between the government agency, SpaceX, and the growing space tourism company is something that will continue to grow in the future. With SpaceX continually developing more feasible means of space travel with more affordable production, NASA’s years of research and technology, and the money and innovation that Axiom brings to the table, the future of commercial space flights and space hotels may be sooner than we all think.

SpaceX, for their part, continues to test and develop the Starship spacecraft which is designed to carry crew and cargo. This is a much bigger and more powerful craft than the Dragon and will presumably be used to take human tourists and astronauts to space stations, the Moon, and even Mars. So, if your dream is to visit space, you might get your wish soon — if you have the cash to cover it. 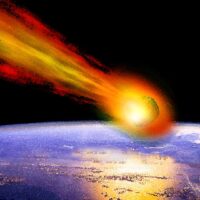 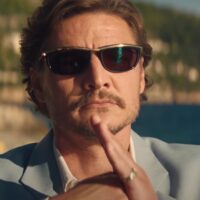 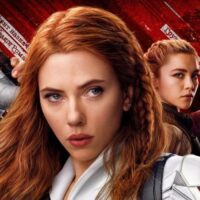