Director of the original Space Jam movie, Joe Pytka, has some thoughts on the new reboot – and they’re not great. Speaking to TMZ about Space Jam: A New Legacy, he said LeBron James doesn’t have the same “level of cultural recognition” that Michael Jordan had in the 90s.

Pytka also told the outlet he thought the new Space Jam needed a bigger connection to the Los Angeles Lakers guard’s personal life, which was fictionalized in the script. He also called the film boring, adding that it took him five different viewings to finish watching the two-hour offering.

But Pytka wasn’t done yet. He took issue with how the Looney Tunes were animated and referred to Bugs Bunny’s role as “heartbreaking.” He said the new Bugs had no connection to previous depictions, which is something they paid close attention to for 1996’s Space Jam. He thinks the new version looks like the “fluffy dolls you buy at an airport gift shop to bring your kid when your business trip has taken too long.”

Moreover, the director called the reboot’s soundtrack “insignificant” while maintaining that the original score is “classic.” Interestingly, Pytka did acknowledge that his version of Space Jam was mostly panned by critics (just like the new movie) but was still popular with fans.

Despite Joe Pytka’s very harsh words, Space Jam: A New Legacy seems to be a hit with viewers. The film earned $31.7 million at the box office during its opening weekend, topping Marvel’s Black Widow as the number one release. After news of Space Jam’s status broke, LeBron James tweeted a link to a story about the film simply captioned, “Hi Haters!”

Directed by Malcolm D. Lee, Space Jam: A New Legacy is the first theatrically released film to feature the Looney Tunes characters since 2003’s Looney Tunes: Back in Action. Serving as a standalone sequel to the 1996 film, it features a combination of live-action, traditional hand-drawn animation, and 3D CGI effects.

Set in a shared Warner Bros. virtual space multiverse, the Space Jam: A New Legacy sees LeBron James teaming up with the Looney Tunes to win a basketball match against digitized champions to rescue his son from a rogue artificial intelligence (AI). 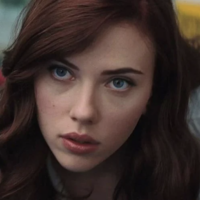 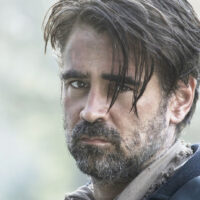