The official Space Force anthem "Semper Supra" has been released and it is bad.

Each branch of the military has an official anthem, from The Marine Corps’ “The Marines’ Hymn” to the United States Army’s “The Army Goes Rolling Along.” The military’s newest branch, the United States Space Force, recently released is own song titled “Semper Supra”, which Latest In Space shared on their Twitter page. To say the song is laughable is a complete understatement.

“Semper Supra” is the motto for the United States Space Force, which is Latin for “Always Above.” The branch’s newly adopted song comes packed with crashing cymbals and obnoxious whistling that are accompanied by a string of lyrics celebrating the force’s astronomical mission. The tune is just under 40 seconds in length, and for better or for worse, it manages to capture the ears of listeners from the get-go.

The official song of the Space Force was created by two former service members, James Teachenor, who was a prior band member of the U.S. Air Force, and John “Jay” Raymond, who previously served as the commander of the United States Space Command. Their collaboration took years of research and seemingly countless revisions to ensure the track was ready for release. Once the two developed the foundation for the song, the project was sent to various military bands for final touches.

Teachenor later collaborated with chief musician Sean Nelson, a trombonist for the United States Coast Guard. Nelson added over 30 instrumental parts, and the song’s arrangement was performed and recorded by the USCG band before being submitted to the Space Force for review. Following several months of revisions, the USSF was able to approve a final version of “Semper Supra.”

Although the official anthem of the Space Force is meant to capture what it means to be a Guardian, the song drew some scathing reactions from the public. Many people who listened to the track criticized the instrumentals as well as the lyrics. Kevin Baron, the executive editor of Defense One, referred to the lyrics as “the verbal word salad version of a bad Air Force painting.”

Before making its way online, “Semper Supra” was unveiled for the first time during Chief of Space Operations Gen. John “Jay” Raymond’s speech at a Space Force conference in Maryland on September 20th, 2022. Love it or hate it, it’s tradition for every branch of the US military to have its own anthem. It’s just unfortunate the official song for the USSF is so awful.

The United States Space Force was established in 2019, and it’s the space service branch of the U.S. Armed Forces. It’s one of eight U.S. uniformed services and the only independent space force in the world. The branch’s mission comes down to protecting the interests of the United States in space and the ability to conduct space operations.

Former president Donald Trump created the Space Force after signing a $738 billion defense spending bill. The establishment of the new military branch marked the first new military service since the Air Force was created in 1947. We’re crossing our fingers that the introduction of the next military branch has a better anthem to accompany it. 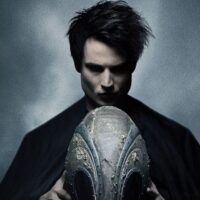 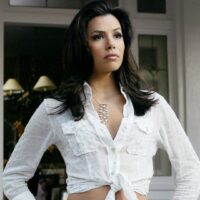