Longtime mafia film and television actor, Paul Herman, has sadly passed away at the age of 76. Herman was most notably in The Sopranos as a club owner, Peter “Beansie” Gaeta. However, he was also a mainstay in a lot of Martin Scorcese films. He appeared in plenty of the director’s films throughout the years including The Color of Money, The Last Temptation of Christ, Goodfellas, Casino, and The Irishman. The Irishman was his last acting credit. His costar and friend, Michael Imperioli, posted the news of his death on his Instagram along with a lovely tribute to the late actor. You can see the post below:

Michael Imperioli was once of the stars of The Sopranos, where he played Christopher Moltisanti. He also held a brief role in Goodfellas, just like Paul Herman had. Herman’s first acting gig was appearing in a comedy called Dear Mr. Wonderful, which came out in 1982 and starred Joe Pesci. From there, he would go on to appear in several mafia-based films like The Purple Rose of Cairo, The Cotton Club, Big, Bullets Over Broadway, and Once Upon a Time in America. He also appeared in several television shows like The Equalizer, Entourage, and Saturday Night Live. His acting credits go back decades, and the man was one of Scorsese’s go-to collaborators. He also had small roles in more contemporary films like Silver Linings Playbook and American Hustle.

Paul Herman has acting credits and a resume that speaks for itself. He was one of those actors that had smaller roles, but always found a way to stay memorable amongst the heavy-hitting actors that were always next to him. Even while in the star-studded Goodfellas, his moment asking Karen if she wanted to see helicopters was enough to stay melted into my brain since the 1990s. Herman was clearly a beloved actor as Imperioli alluded to that fact in his tribute to the man on Instagram. He referred to the man as a classic storyteller and raconteur. That is some high praise, as great storytellers are some of the best people to be around because they usually have the most unique perspectives to listen to. Though The Irishman was his last acting credit in 2019, he was also set to appear in an upcoming film called Street Justice. This information was pulled off Herman’s IMDB page, and that film was still in the pre-production stages.

Paul Herman was certainly one of those mobster characters that you recognized in a myriad of films. Whatever small role he was given, he always provided some of the best acting and one-liners out of anyone in those films. His acting ability was confirmed by Michael Imperioli in his tribute post on Instagram. Herman will go down as one of the most recognized figures from some of the best crime and mafia films in history. He appeared in so many notable films and television shows, securing his place in the history of cinema and beyond. Rest in peace, Mr. Herman. 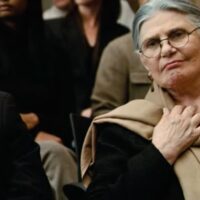