There Is Another Snyder Cut Movie That We May Never See

For a director to say a director’s cut exists of a movie usually isn’t all that big of a deal. Most films have things that were left on the cutting room floor when it was all said and done. Not everything makes it into the studio cut. That being said, when Zack Snyder says a Snyder cut exists we perk up just a little bit more considering he just came out with one of the more ballyhooed cuts of a movie we’ve seen in some time. And there’s another one out there as well. In a recent interview with Vanity Fair, Snyder let on that he has a director’s cut of Sucker Punch in the can. While this version won’t get the same buzz as his recent films, it’s a cool proposition to think there’s a different version of the flick sitting in a closet somewhere.

Zack Snyder talks at length in the interview about his career and other movies he’s made. But when he gets to Sucker Punch he has some pretty interesting things to touch on when it comes to the film’s tone, its reception, his stylistic choices, and what he sees as a “restructuring” when it came to how the studio saw the flick. The whole interview is below, but at around the 6:27 minute mark is when he starts talking about Sucker Punch, some of the problems it faced, and the status of the Snyder cut of the film.

Zack Snyder talks about how Sucker Punch is a protest movie at its core, explaining that the reason he chose to dress the leads in schoolgirl outfits for an action film wasn’t because of a sexist bent on the female fighter. But rather because he was criticizing the genre as a whole for glorifying that within popular culture. And in referencing the Snyder cut of the film, he goes on to say that the studio really had their hand in the final product, a radical restructuring (as he calls it) so that it had more commercial appeal. He doesn’t say exactly what was changed that differed from what he had originally shot or intended, but he throws in there at the end that the director’s cut of the flick exists.

Sucker Punch came out back in 2011 and was somewhat controversial at the time. It centers around Emily Browning as BabyDoll, a woman put into a mental institution who envisions her escape through the lens of a fantasy world. In it she’s a quasi-superhero, her fellow inmates are her team and she needs to fight her way out through what she perceives to be a brothel and criminal underworld. Sucker Punch is a very different kind of film with specific overtones. It’s somewhat easy to see why the Snyder cut would be quite different than the final product seeing as how it is a bit genre-bending.

Whether the Snyder cut of the film would have worked better than the actual film Sucker Punch isn’t clear, but the flick did pretty much bomb. It barely made back its production budget of $82 million when it took in $89 million at the box office. And critics hated it with the flick sitting at 22% on Rotten Tomatoes. Critics didn’t pick up on the commentary Snyder was apparently going for and many called it “boring” despite the nearly nonstop action.

Again, if Snyder cut films are the talk of the town it’s because he just released Zack Snyder’s Justice League on HBOMax a couple of months ago. Hoping to regain some of the ill will towards that franchise after the Joss Whedon version tanked the film was generally well-received and reset some of the story arcs within the DC Extended Universe. So we got at least one director’s cut from the guy. I doubt this other one ever sees the light of day.

Zack Snyder Calls Out Warner Bros. As Aggressively Against Him 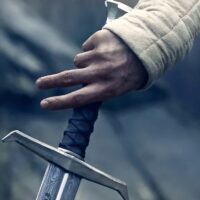 We’re Getting A King Arthur Western From An Infamous Director