Snow White Trends Over Fears The Classic Fairytale Is Being Cancelled

Cancel culture might end up having no limits. In a world where things can definitely be retroactively offensive and not play for a present-day audience the way they did in the past, there’s a lot on the chopping block. Even the classics are being called into question and right now Snow White might be in the crosshairs. The cancel culture narrative around the Snow White character doesn’t have to do with the movies themselves (at least right this second), but rather the theme park ride in Disneyland. Apparently, during the ride, there’s a part in which something happens without the character’s consent which has the story on blast.

This latest news of Snow White possibly being canceled is referencing a scene from the Disneyland attraction, Snow White Enchanted Wish Ride. The ride is par for the Disney course and basically goes through the classic’s storyline from beginning to end. For those unfamiliar, there is a scene in which Snow White lies asleep after having bitten the apple from the Evil Witch. The way she’s awoken is through a kiss from Prince Charming. All part of the original story right? Well sure, but in this day and age, according to some, that simply doesn’t play anymore.

The dust up around the scene on the Snow White ride started in a review from the publication SFGate in their travel section. It was specifically taking a look at the updated the ride had made in the last year and how the overall experience had gotten a bit of an overhaul. It is part of Disneyland reopening after more than a year of pandemic-related closings. They begin with a complimentary breakdown of the updates the ride has seen and there’s definitely a sense that in this way things have “improved” . But then they get to the scene in question and had this to say:

The new grand finale of Snow White’s Enchanted Wish is the moment when the Prince finds Snow White asleep under the Evil Queen’s spell and gives her “true love’s kiss” to release her from the enchantment. A kiss he gives to her without her consent, while she’s asleep, which cannot possibly be true love if only one person knows it’s happening.

The reaction to this review and the thought that Snow White could ultimately be canceled did have the subject begin to trend on Twitter. Because we live in an age in which the discussion sometimes centers around who is pushing the cancel narrative, it’s not totally clear “who started” it in this case. The travel review certainly doesn’t call for such a thing, merely coming to remind folks that this isn’t a consensual act with Snow White sleeping. They call for some thought about possibly updating it and rethinking this scene in particular. Those on Twitter were quick to bring call this out:

In fairness, the backlash for Snow White appears more about folks preemptively making sure it isn’t canceled rather than calling for the canceling itself if that makes sense. This is the kind of meta-level canceling we are talking about these days. You can be canceled, pre-canceled, or pre-pre-canceled. I think Snow White is in the latter stages right now.

Can older stories get updates for a new age? Obviously. That’s the point with timing moving on and perspectives changing. Things that worked in the past simply don’t always hold up to a present-day level of scrutiny. And that might be the case with Snow White. It’s completely plausible that the story and the ride get an update as well. But canceled? I don’t think we are there with Snow White right now. 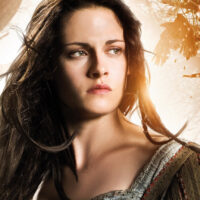 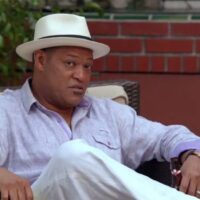 A Laurence Fishburne Movie Is Blowing Up On Streaming

Dwayne Johnson Has A Plan To Turn One Of His Movies Into A Trilogy?