With the way the movie industry is working these days, especially around theatrical releases, one might feel like they can simply bide their time and wait out a studio if a flick is going to be a flop. It is becoming less and less of a gamble to not see a movie in theaters with even big-budget flicks being released simultaneously on streaming, or getting a much shorter box office run than before. Such is the case with Slash Film reporting that Snake Eyes: G.I. Joe Origins is now coming to streaming much sooner than expected.

Originally, Snake Eyes: G.I. Joe Origins was supposed to head to streaming 45 days after its original box office release. That latter date was on July 23rd meaning 45 days later would have been well into September. But now Paramount is putting it up on Paramount+ on August 17th, essentially hoping that it can begin to recoup some of the immense losses after flopping hard at the box office. Because Paramount Pictures controlled the distribution rights, this likely didn’t take much finagling with the studio now trying to wring any potential dollars that might still be on the table.

Snake Eyes was supposed to begin a reset on the G.I. Joe franchise with a singular story about one of the more interesting characters in the universe. Led by Henry Golding, the flick told the story of how the titular Snake Eyes detailing how he received some of his training and the path he took to eventually become part of the larger crew. There were, of course, nods to the large universe and some chess piece moving that was to set up future stories in the space.

But by every available measure, Snake Eyes: G.I. Joe Origins was a massive flop. On somewhere in the $100 million range in terms of budget, the flick just scraped over $35 million at the box office. This was after facing significant delays. The original plan had been for it to hit theaters all the way back in March of 2020. but the pandemic had it stalled and then consistently rescheduled over the next year plus. While the studio tried to wait out theaters returning to full capacity, even getting out there in July didn’t end up having the desired effect. And by even simple accounting this thing hemorrhaged cash.

Critics weren’t kind to Snake Eyes either with the score sitting at 38% on Rotten Tomatoes right now. What Paramount is hoping by moving up the date on Paramount+ is that they can begin to recoup even a few of the losses seen from the lacking box office numbers. There is some hope on that front with the possibility that a certain section of the fandom here simply didn’t want to brave it in theaters. Movies like this have seen VOD returns in the past. Though again, it is a total pipe dream they ever reach the break-even point, this is simply a hail mary to make even a little back.

The bigger question now is where Snake Eyes leaves the larger G.I. Joe universe of films. There was early talk of a follow-up film. But that might be put on hold considering the struggle of the first installment. 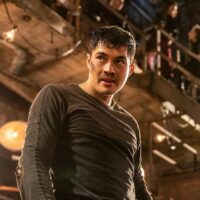 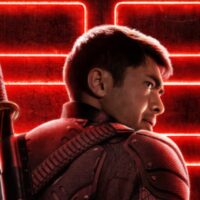 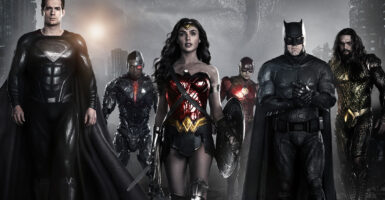