Most Famous Movie Nudity Of All Time Revealed By Skin

Movie nudity has been a hot topic, a major topic, a controversial topic ever since cameras first started rolling. Even back in the beginning of motion pictures, on screen nudity was a big deal. The debate rages on and now will be studied more in-depth with a new documentary titled Skin: A History of Nudity in the Movies.

And as you can see in the trailer below, there are many actors and actresses who have an opinion.

The list of those who have contributed their bare assets to film is long. As some reveal in the trailer, if it wasn’t for their movie nudity, they may not have had a career at all. But the documentary also promises to look at the double standard of nudity on film.

The Most Famous Movie Nudity Of All Time

The makers of Skin: A History of Nudity in the Movies are, without question, the foremost experts in the world when it comes to nudity in movies. So if you’re wondering what the most famous nude scene in the world is, then they’re the people to ask.

So, CINEMABLEND asked them what the most famous movie nudity of all time is, and this was their answer…

“I think Danny and I are both in agreement about Phoebe Cates in Fast Times is probably our favorite. I’ve always said myself, it’s my favorite nude scene of all time. You know, her beauty, her popularity to young guys like me when that came out. The cars moving in stereo, the slow motion, the water spraying on her, the fact that it was in one of the great movies of all time — [it] always will go down as my favorite nude scene. … I [also] tell people a lot, too, when they ask me what’s the most famous nude scene of all time? You touched on Titanic with Kate Winslet, because so many people saw it. The movie was rated PG. I think that’s probably a movie that almost… more people saw that than almost any nude scene of all time.

I think, and we have it in the movie, that famous Sharon Stone Basic Instinct [scene]. To me, that’s the most famous nude scene of all time, because everyone remembers it. It’s been parodied. You mention Basic Instinct, what’s the first thing that comes to your mind? Of course that had to be in our documentary. That’s one of the all-time greats.”

Too Controversial To Discuss… Almost

There’s one moment in Skin which where they cover a movie nudity moment so controversial, that the documentary’s filmmakers were surprised they could even discuss it. That moment is from Bob Fosse’s 1983 movie Star 80, in which Mariel Hemingway disrobes in an incredibly violent scene.

The scene was controversial at the time and the documentary’s filmmakers, much to their surprise, actually got Hemingway to talk about it. They explain…

“I like a documentary… [where] you never know who’ll pop up next. How cool is it that you wouldn’t expect Kristine DeBell from Alice in Wonderland to pop up, or Camille Keaton from I Spit on Your Grave. Or Ken Davitian from Borat. These people all did interesting, talked-about, controversial nude scenes in their movies, and I think those are the stories, and those are the people, that make this documentary interesting. It’s not just who you expect to see. It’s, ‘Oh my gosh, I can’t believe they got that person.’ Or, ‘Oh wow, Mariel Hemingway is actually going to talk about her nudity in Star 80.’ Which has been a controversial topic for years, and here she is addressing it.“

Star 80 tells the story of Dorothy Stratten, who becomes a Playboy Bunny at the behest of her boyfriend, marries him, and then years later murders him when he refuses to let her leave him. Hemingway starred in the movie opposite Eric Roberts.

In the course of discussing nudity in movies, Skin is actually going to show nudity. Lots and lots of nudity. In fact they may end up breaking the record for the number of nude scenes shown in a film. At least if there is such a record.

When asked how many nude scenes the movie contained director Danny Wolf responded to CINEMABLEND with: “It’s gotta be 100 or so? At least 100 scenes of nudity, and we probably left out 40,000.“

Producer Jim McBride, perhaps best known as the creator of the movie nudity website Mr. Skin answered with: “And it is male and female, we should point out. This is a history of nudity in the movies, male and female.“

A History Of Nudity In Movies

Why is it okay for women to reveal all when it isn’t proper for men? Both Shannon Elizabeth (American Pie) and Mariel Hemingway (Star 80) state their willingness to go full nude boosted their career but should they have been in that position where movie nudity was the ultimate factor?

The Hays Code, or the Motion Picture Production Code, was set forth by Will H. Hays and set guidelines for movie producers and production companies in what was acceptable and not acceptable to be shown on the movie screen. From 1934 through 1968, the code was strictly enforced, most notably by Joseph Breen, who had been appointed by Hays to monitor all movies coming out of Hollywood. In fact, the very first instance of the Hays Code coming into play was back in 1934 in the movie Tarzan and His Mate. In it, filmmakers used a body double for actress Maureen O’Sullivan for the few brief nude scenes in the movie. Those were edited out.

The Hays Code was kept intact until 1968, though the previous few years it began to get a little lax. It was in 1968 that the code was removed for the MPAA film rating system, which is now how we rate movies (G, PG, PG-13, R, X, and NC-17). But until that time, Hollywood and its filmmakers had to get creative in finding ways around the code while still being able to give audiences what they wanted to see.

Also, of note, it will be interesting to see if the documentary tackles the MeToo Movement and its effects on today’s actresses and their thoughts concerning movie nudity.  Does the sexual-abuse allegations brought to light by many high-profile actresses against producer Harvey Weinstein play any part in actresses deciding to bare it all in front of the camera.

One thing for sure, the documentary looks to include the opinion of many high-profile stars and the films where they removed their clothing. The trailer shows actors such as Eric Roberts, the aforementioned Shannon Elizabeth and Mariel Hemmingway, Sean Young and Malcolm McDowell, who along with big names such as Helen Mirren, Peter O’Toole, and Sir John Gielgud starred in one of the most infamous main-stream nudity/sex filled movies of all time, Caligula.

The documentary Skin, which looks to be an interesting view on film nudity, will be released On Demand beginning August 18. 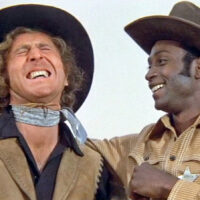 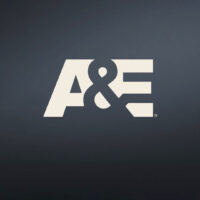 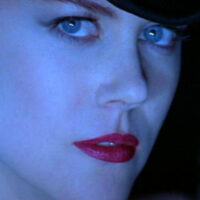