Marvel fans were ecstatic when the studio announced that a sequel to Shang-Chi and the Legend of the Ten Rings is officially in the works. The news comes after months of whispers about a follow-up to the film which is currently the highest-grossing blockbuster of 2021. Following the announcement, Shang-Chi star Simu Liu took to social media to celebrate – and to take a good-natured swipe at critics. In a post on Twitter Simu Liu shared a hilarious callback to detractors of the film’s box office numbers saying, “Flopped so hard we got a sequel.” The Canadian actor is known for his fun social media personality. This weekend he told his followers he was offended that nobody thought he was going to be in Spider-Man: No Way Home. After all, he did play the web-slinger at numerous birthday parties in Toronto.

Fans were quick to respond to Simu Liu’s faux outrage, with some hilarious and creative tweets of their own. One user created a poster for the film featuring Shang-Chi alongside Doctor Strange and Spider-Man.

Simu Liu added a follow-up tweet, which implied that Shang-Chi could exist in an alternate universe.

Fans of Simu Liu took the bait and continued to share various scenarios, memes, and theories about how Shang-Chi could fit into Spider-Man: No Way Home – as well as the “pocket universe.” Check out some of the funniest ones below…

While Simu Liu isn’t expected to be seen in Spider-Man: No Way Home, it’s hard to say who will be in the movie. Rumors have soared leading up to its release. Many are expecting to see Tobey Maguire and Andrew Garfield appear as Spider-Mans, however, Marvel has yet to confirm anything.

Before Simu Liu played the character on screen, he was known in Marvel comics. Created by Steve Englehart and Jim Starlin, Shang-Chi first appeared in 1973’s Special Marvel Edition #15 in the Bronze Age of Comic Books. Often referred to as the Master of Kung Fu, he is proficient in numerous unarmed and weaponry-based wushu styles, including the use of the gùn, nunchaku, and jian. Shang-Chi later gains the power to create countless duplicates of himself and joins the Avengers.

Over time his popularity soared and Shang-Chi and the Legend of the Ten Rings was released in August 2021. The movie was directed by Destin Daniel Cretton from a screenplay he wrote with Dave Callaham and Andrew Lanham. It starred Simu Liu as Marvel’s first Asian superhero alongside Awkwafina, Meng’er Zhang, Fala Chen, Florian Munteanu, Benedict Wong, Michelle Yeoh, Ben Kingsley, and Tony Leung.

The movie is loosely based on Marvel’s Shang-Chi comics and deviates from the character’s widely known origin story. In the film, Shang-Chi (Simu Liu) is forced to confront his past when his father Wenwu, the leader of the Ten Rings organization, draws him and his sister Xialing into a search for a mythical village. Shang-Chi and the Legend of the Ten Rings smashed several box office records for the pandemic, earning an impressive $432 million worldwide. Critics praised the choreography of the action sequences, exploration and representation of Asian culture, and the performances from the cast, particularly those of Simu Liu and Tony Leung. The sequel is in the early stages of development, with Destin Daniel Cretton set to return as writer and director. 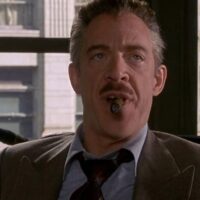 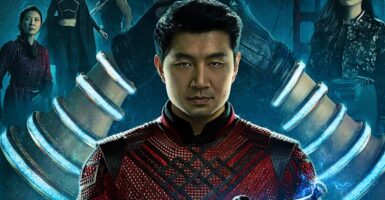 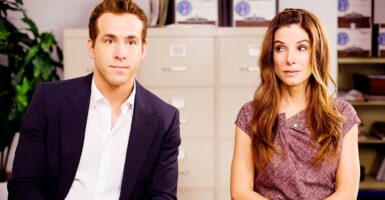