It’s been a long time since we last saw James Cameron’s world of Pandora in the 2009 film Avatar. Naturally, the upcoming Avatar: The Way of Water is one of the most anticipated blockbusters of the year, bringing us back to the alien world of the Na’vi over a decade later. Of course, fans are excited to see some of their favorite characters return. Sam Worthington and Zoe Saldana will be returning to reprise their roles. Sigourney Weaver is also back for Avatar 2, albeit as a brand new character.

Sigourney Weaver played Dr. Grace Augustine in Avatar. Since her character didn’t make it out of that film alive, it’s only natural that James Cameron would have to give her a new character to play. Only, her character is quite a bit different than you might expect. Weaver is actually playing the adopted Na’vi teenage daughter of Sam Worthington’s Jake and Zoe Saldana’s Neytiri. According to Weaver, if James Cameron didn’t know her as well as he did, she probably wouldn’t have been cast in the role. Speaking to Interview Magazine, she said “Avatar I can’t really talk about, but I would say that it’s the biggest stretch I get to play in every possible way. I think if Jim Cameron didn’t know me really well, he wouldn’t have cast me as something as goofy as this. I had to work in a completely different way to play this character, a very physical way.”

It definitely makes sense that Sigourney Weaver is having to approach this role in a completely different way than she’s used to. Although Weaver is still plenty spry at 72, she’s far from being a teenager. Acting with the physicality and attitude of a teenager is something she probably hasn’t done for a while. Fortunately, the advanced technology, CGI, and visual effects that Cameron is employing for Avatar: The Way of Water should help to make the performance look completely natural. Since Weaver is playing a Na’vi character, the visual artists can make her look however they need her to look.

We’re only a few months away from the release of Avatar: The Way of Water. The trailer showed us that, as the title implies, water and underwater scenes will be a significant part of the new film. The film will also show Jake and Neytiri much further along in their relationship, as they’re now raising and protecting a family of their own. Along with Sam Worthington, Zoe Saldana, and Sigourney Weaver, quite a few of the other original cast members are coming back as well. Joel David Moore, CCH Pounder, Giovanni Ribisi, Dileep Rao, Matt Gerald, and, interestingly, Stephen Lang are all back as well. Stephen Lang’s villainous Colonel Quaritch was killed in the first film, but apparently, he’ll be returning in an antagonistic capacity once again. The new cast includes Kate Winslet, Cliff Curtis, Edie Falco, Jemaine Clement, Michelle Yeoh, Brendan Cowell, Oona Chaplin, CJ Jones, and Vin Diesel. James Cameron once again returns to direct and co-writes the screenplay with Josh Friedman. If you can’t get enough of the Avatar franchise, you won’t have to worry, as there are several sequels planned to follow up Avatar: The Way of Water. In the meantime, you can check out the long-awaited sequel when it hits screens on December 16. 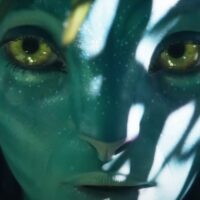