Shia LaBeouf has just done his own spin on the iconic character of Spicoli and it is something you simply have to see. The eclectic actor joined a table read of the iconic ’80s film Fast Times at Ridgemont High and his take on the character has stolen the show.

Back in 1982, Sean Penn starred in Amy Heckering’s Fast Times at Ridgemont High, as stoner surfer Jeff Spicoli. However, on Thursday, Penn hosted a virtual table read of the iconic high school film to raise money for Penn’s organization CORE, which offers COVID-19 testing and relief services, and the REFORM Alliance, which is working towards passing laws to help protect the incarcerated from the spread of coronavirus.

But stealing the show with ease was Shia LaBeouf, playing the part of Spicoli. Apparently reading his part from his car in a garage, and completely blazed out of his mind, LaBeouf’s performance might have even outdone Penn. Just check out how overjoyed Penn seems by LaBeouf’s interpretation.

There’s no one LaBeouf doesn’t play great against, as can be seen here when Spicoli goes against his teacher/arch-enemy, Mr. Hand (originally played by Ray Walston) played here by an extremely intense Ray Liotta.

If you haven’t watched the entire table read of Fast Times at Ridgemont High, the entire video is up on YouTube now. Even if you have watched it, this might be worth a second watch to catch all the subtle nuances of LaBeouf’s tremendous performance.

The live table read has been an extremely popular trend over the last few months, especially with many stars doing so to help raise money for COVID-19 benefits. The Community cast reunited in May for a reading of their episode, “Cooperative Polygraphy,” while the casts of many other shows like Friday Night Lights and Parks and Recreation have gotten back together for various COVID-related relief fundraising.

Josh Gad has also been hosting a YouTube series called “Reunited Apart,” bringing back the cast of iconic films for COVID-19 related charities. Recent installments have featured the casts of Back to the Future, Ghostbusters, Goonies and Ferris Bueller’s Day Off.

If you haven’t seen Fast Times at Ridgemont High, you’re missing out on one of the greatest teen comedies of the 1980s, any therefore, of all-time. The film is currently available to rent or buy on pretty much any video-on-demand service, and featured a tremendous cast that included many major actors in some of their first roles, including Penn, Leigh, Forest Whitaker, Nicolas Cage and Anthony Edwards. But now that LaBeouf has taken on the infamous role of Spicoli with such depth and dedication, there may not be any reason to go back and watch Fast Times at Ridgemont High ever again. 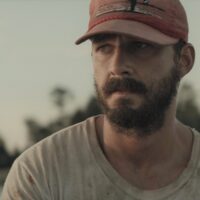 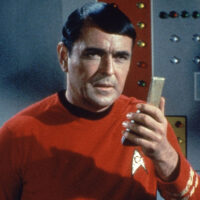