She-Hulk star Jameela Jamil questioned a Twitter user if they understood the show is a comedy.

She-Hulk: Attorney at Law star Jameela Jamil recently took to Twitter to ask a fan if he understood that the series was an intentional comedy after he claimed the show had turned her character “into a joke.” Jameela Jamil plays the supervillain Titania in She-Hulk, who has been reimagined as a narcissistic and jealous social media influencer, as opposed to her traditional Marvel Comics depiction as a bullied woman who is empowered with vast strength by Doctor Doom during the Secret Wars event. According to Jamil, the fact that her character was a joke and that the tone of the show was a spoof is, in fact, the point of the show.

Jameela Jamil is known for her outspoken social media presence and her activism against body-shaming, patriarchal cultural standards, and beauty ideals, which makes her casting as Titania in She-Hulk: Attorney at Law to be a bit of a knowing nod. Of course, the Disney+ series is by its nature extremely self-aware, with star Tatiana Maslany (as Jennifer Walters) frequently breaking the fourth wall to directly address viewers. This is a holdover from the comics, in which She-Hulk has been depicted as being aware that she is a comic book character and commenting on it to varying degrees over the years.

She-Hulk: Attorney at Law has also been noticeably criticized for its depiction of a female protagonist and its light tone, often by people online using misogynistic language and imagery. Critics have noted the show consistently calls out misogynists, with the show even using actual Instagram insults lobbed at Marvel as part of a fictional online message board that seems to have negative designs on She-Hulk (there’s more of that self-awareness again).

Undoubtedly neither Jameela Jamila’s explanation of She-Hulk’s intentional tone nor the viewer’s comments on the depiction of Titania will be solving any culture wars any time soon. It is interesting to see a show that very openly promotes itself as a comedy be treated as though it were not. After all, this is a show that prominently featured a man-bull hybrid involved in a toxic frenemy situation with a man who insists that he is not a matador, despite his costume, his sword, and that he did some light matadoring in college.

So, it is safe to say that She-Hulk: Attorney at Law is not a particularly subtle show, at least when it comes to whether or not it is intentionally comedic. However, Marvel fans (or really, any fandom these days) have a tendency to get very upset when things are not exactly what they expect, hence She-Hulk viewers getting increasingly incensed about the lack of Daredevil in the show so far. There are only two more episodes left in this season of She-Hulk: Attorney at Law (or maybe at all, considering rumors about Disney+), which is plenty of time to get some Matt Murdock scenes in.

Hopefully, when he does appear in a comedy, viewers will not think that Daredevil is too comedic. We shall just have to see. 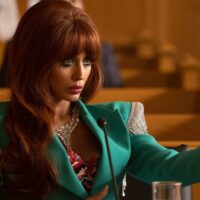