Sharon Stone Joins The DCEU As A Major Villain

Because we will likely see the entirety of the Hollywood community join a superhero franchise before it’s all said and done, it should never come as a surprise when any actor or actress (no matter how young or old) joins up for a comic book production. That’s going to be the case now again with one of the greats in Sharon Stone who will be joining the DC Extended Universe for an upcoming movie as a major villain. The Hollywood Reporter has it that Stone will be part of the Blue Beetle movie which is still a couple of years away at this point. She will be playing a new character created for the universe.

According to the production’s announcement, Sharon Stone will be playing the character Victoria Kord who will be one of the antagonists in the film. That being said, it’s not exactly clear how she will work into things or how prominent of a role this will be in the flick. One could speculate that she is either related to Jarvis Kord, or is a replacement for that character from the comic books. That character had been related to Ted Kord (his uncle), the Second Blue Beetle. Victoria could be part of the same family tree.

In addition to this Sharon Stone announcement, what we do already know is that this new Blue Beetle movie will feature Xolo Maridueña as the Jamie Reyes version of the character who was the third iteration. Reyes eventually found the original character’s suit, giving him the powers of the scarab. There is some chance this movie will work in the other iterations of the character or else combine them all into an amalgamation of the comic book timelines.

Details about the movie are just starting to trickle out now meaning that production is likely to ramp up somewhat in the short term. In addition to the announcement about Stone, it was announced that Raoul Max Trujillo will play Carapax the Indestructible Man. This character was an enemy of the Second Blue Beetle, Tom Kord and had found some of the tech developed by Jarvis who was conspiring to create human-killing androids. Again, how these all work together is all speculation but seeing as how the Blue Beetle isn’t the most popular comic book character from the pages. There is definitely some leeway in how they proceed.

As for Sharon Stone, well this isn’t the only big news in terms of casting for the actress of late. She was recently added to Season 2 of HBO’s The Flight Attendant. She will play Lisa Bowden, the mother of Kaley Cuoco’s character. That season is set to debut on the streamer on April 21st after a very successful initial run which saw it hit 98% on Rotten Tomatoes.

Sharon Stone is also set to star in two movies that have already been completed. The first is What About Love which she will star in alongside Andy Garcia. And there’s also Andrew Dosunmu’s Beauty about the record industry. Blue Beetle is currently slate for a 2023 release date. Oh, and in case you are wondering, Sharon Stone does have one other comic book adaptation under her belt, having a role in Halle Berry’s Catwoman, playing the evil Laurel Hedare. So she has some background here. 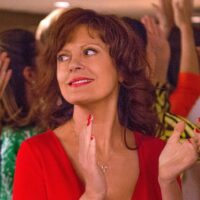 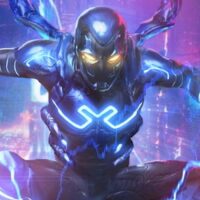 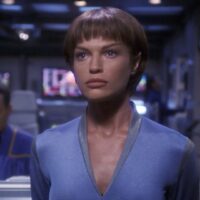